This story has it all: love, longing, suspense, superheroes and... brown cheese? Read on to find out how it ends!

Once upon a time there was a Farmgirl that had a daughter... She had only met the father of the child one time, while he showed her how to make the world's best brown cheese up at their mountain farm. Aside from that, the only sign of him now was a growing belly.

She and her daughter loved to eat brown cheese and waffles, so they went to the mountains where they made the cheese from cows and goats in the summer to check that everything was OK. All of a sudden they realized there was a crisis at hand: they ran out of brown cheese! 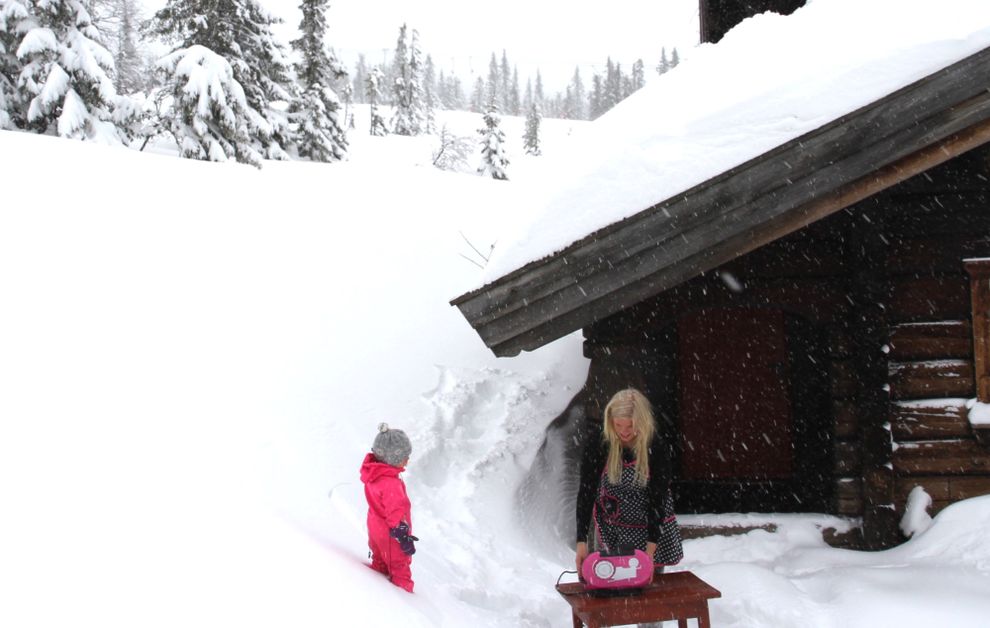 Then all of a sudden they thought they heard skiis! They could hardly see in the heavy snow, but it must've been that, right? 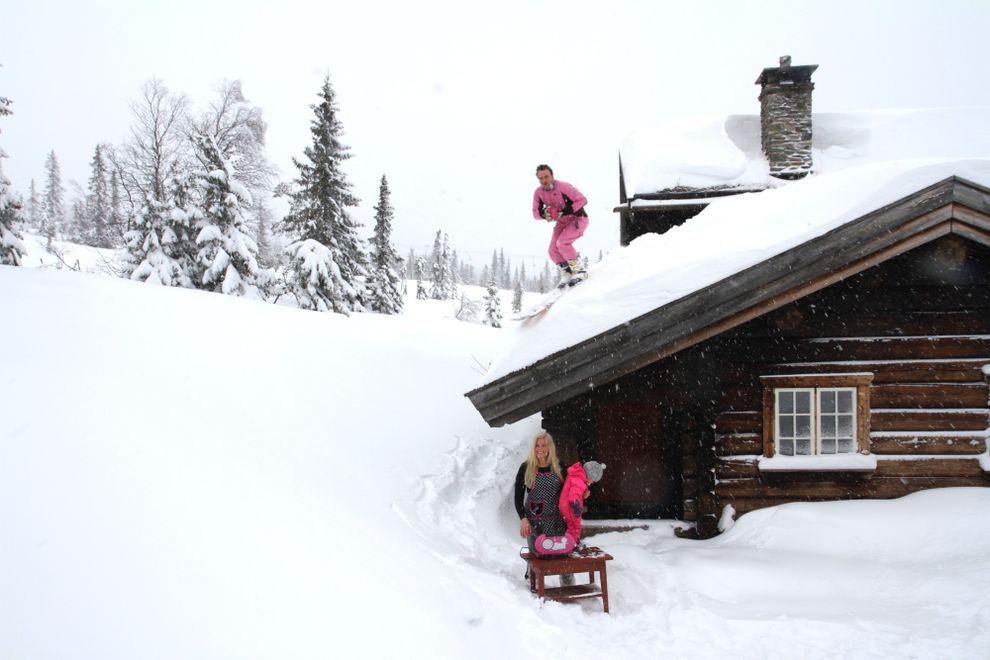 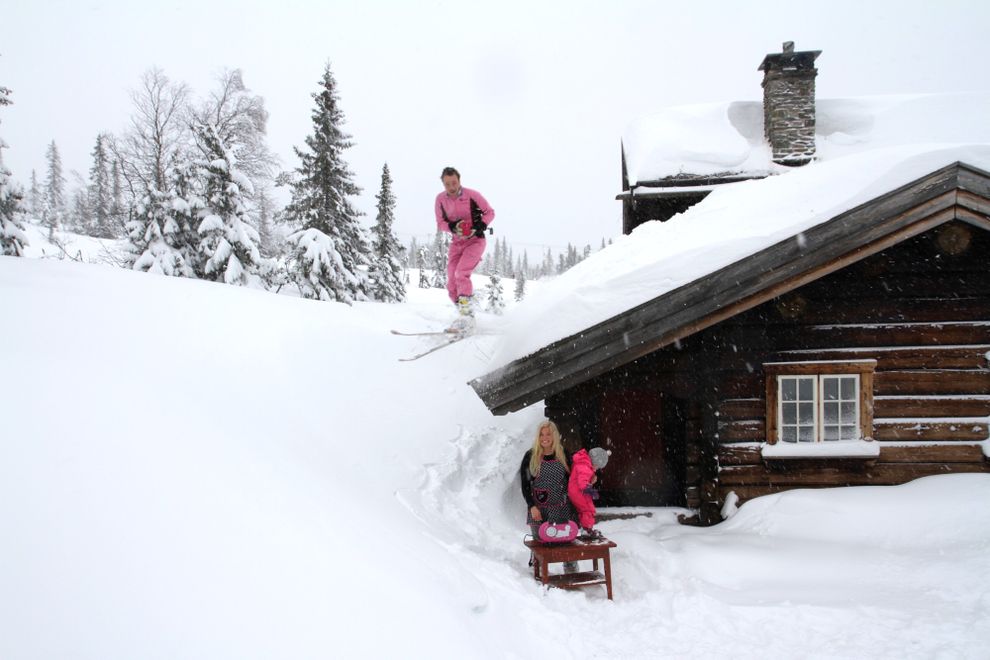 Then someone comes jumping down from the roof above them!! It was the G35 Superhero of Norway!!! 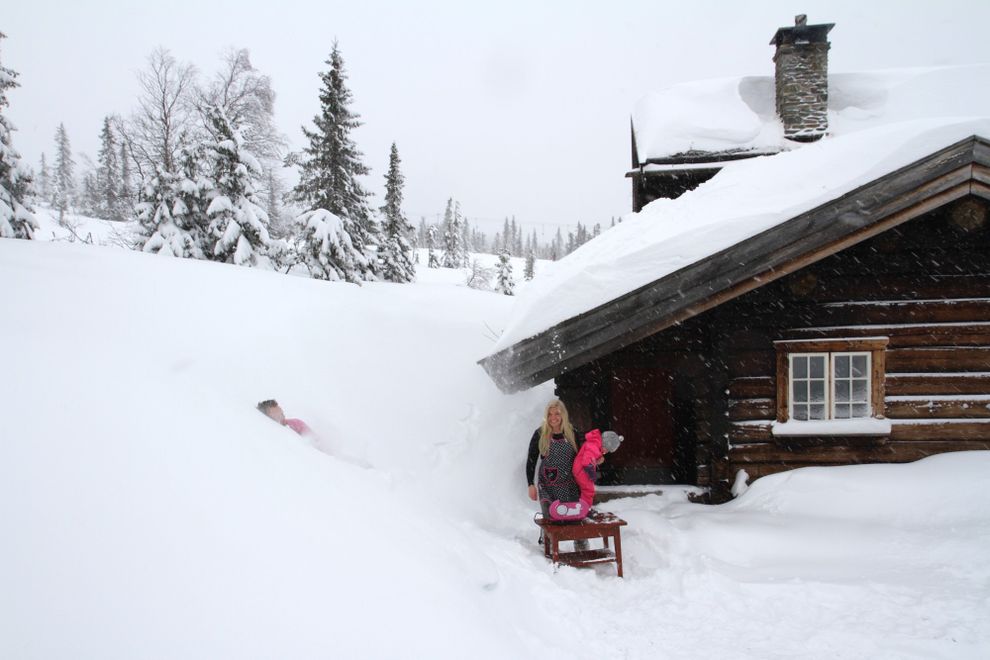 He landed deep in the snow. OHH MYYY ohh my!! The Farmgirl looked at him with big eyes - it was the father of her child....!!! She was so excited, she threw herself at him, and their feelings were hard to control! 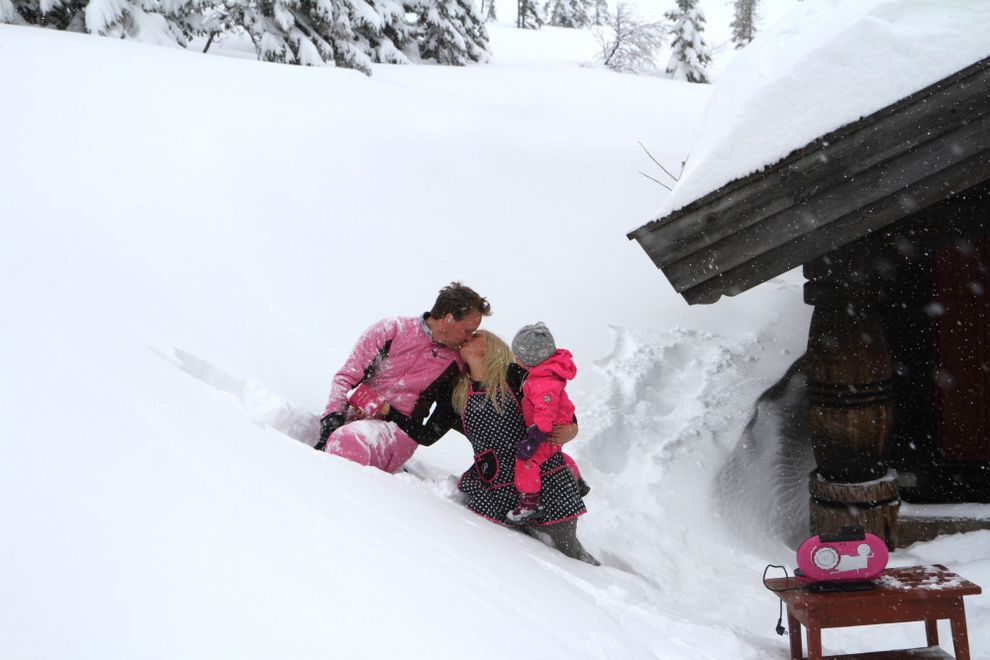 The Farmgirl was so happy, both for the G35 superhero, but also the brown cheese he brought with him. He truly saved the day! 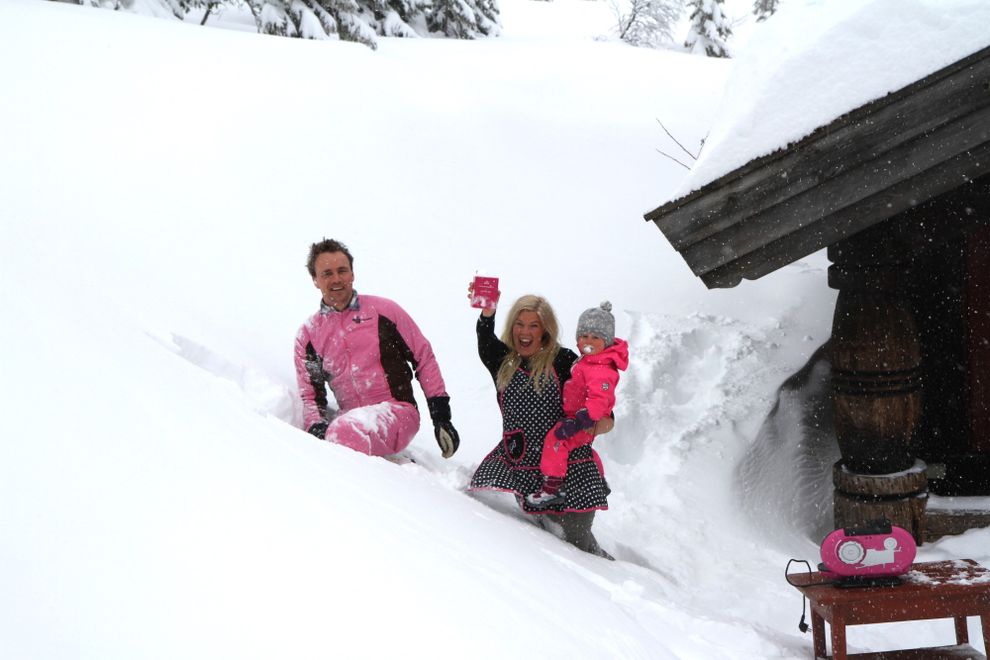 - "Can you stay this time, G35 Superhero?" she asked. -" Yes my love, because I've finished perfecting the cheese's look and taste - it's pink now!" - "Wooowww," said the little girl. 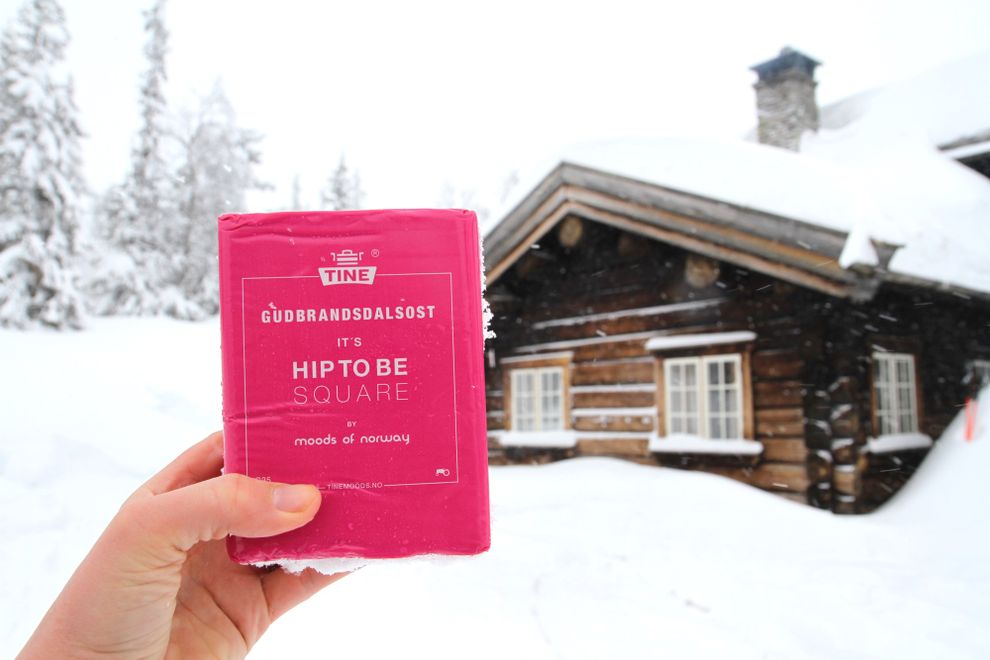 So they decided to move back to her farm. She ran it by herself these past years, so she was very happy to have him there. They made waffles and ate brown cheese to the point where it almost came out of their ears...!

And when they were in the waffle/brunost mood, even the dog and the cat got to join the party. 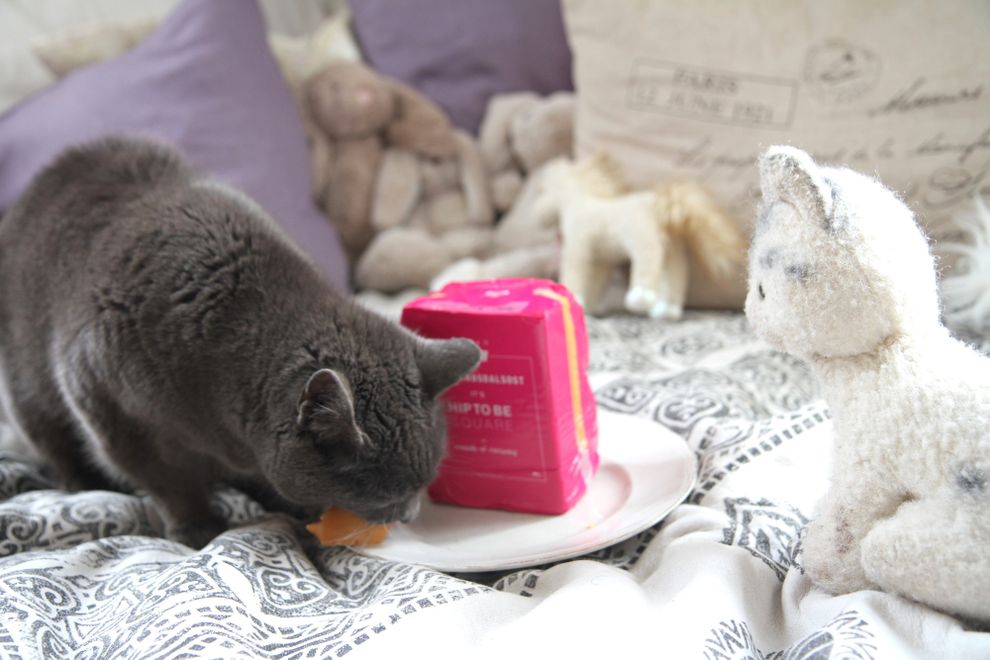 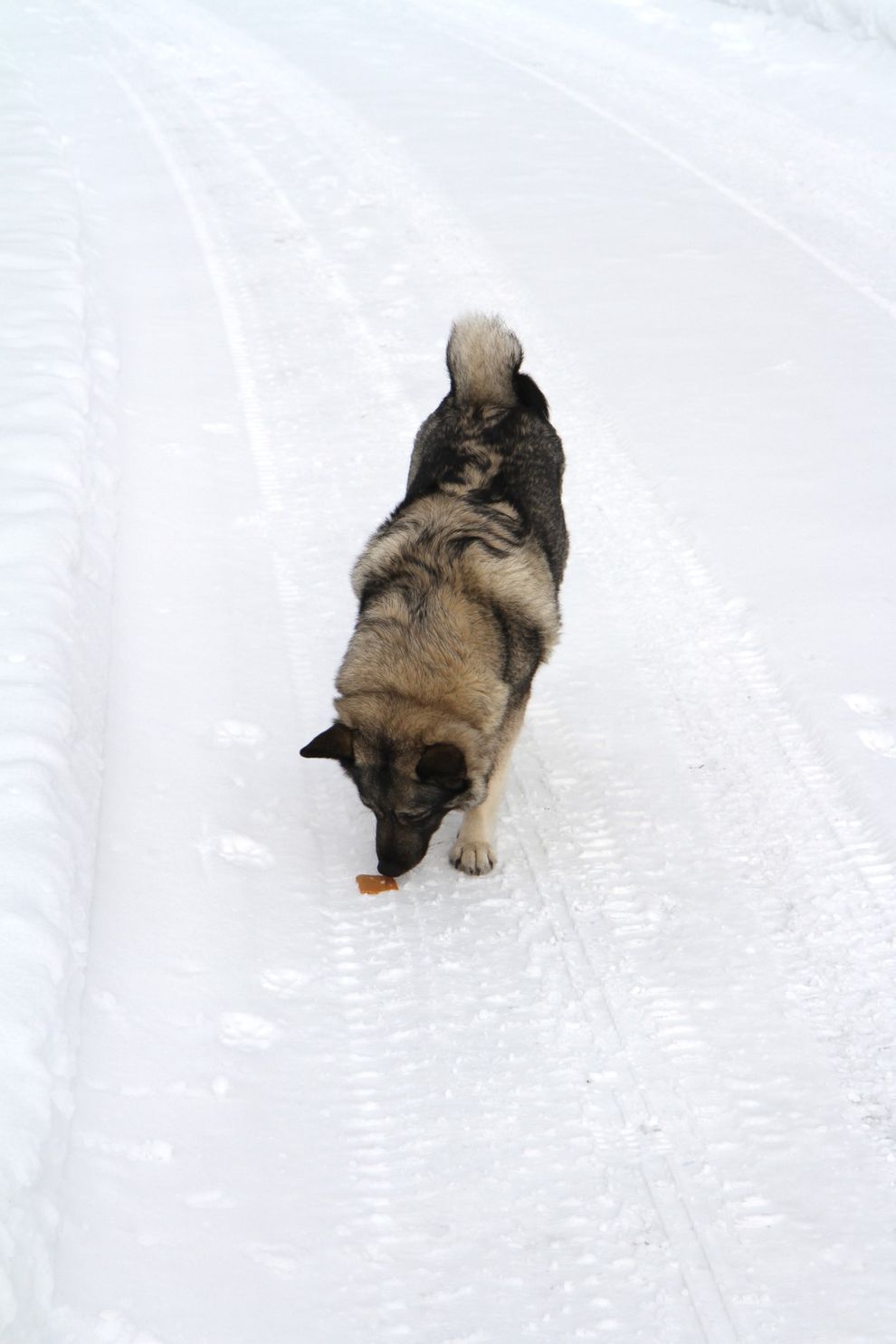 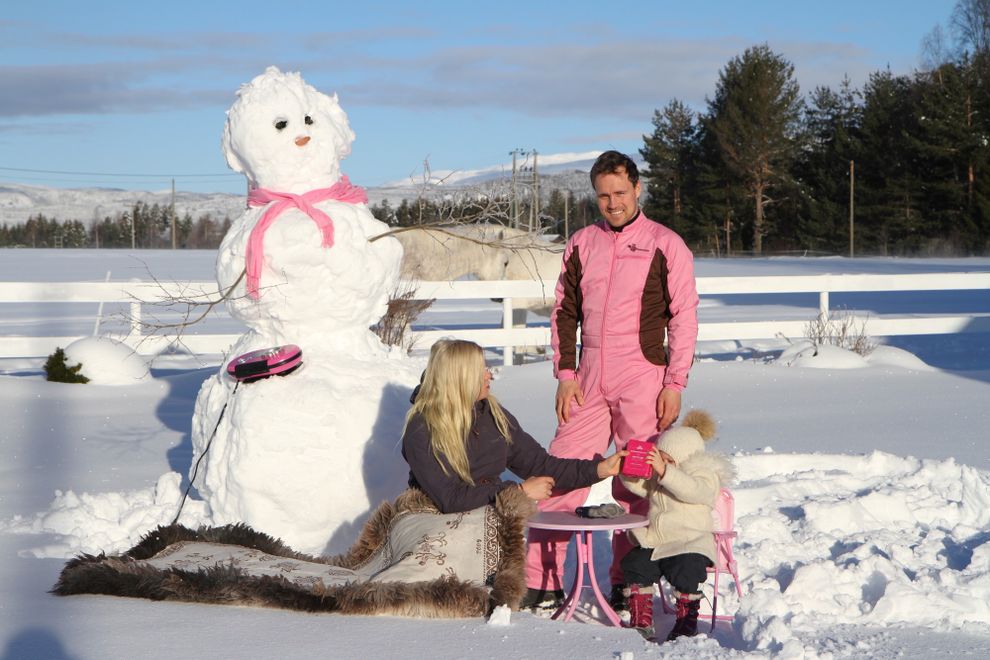 One day when they had a waffle/brown cheese party in the garden, they realized that the snowman they had made lacked a hat. Hat crisis alert! 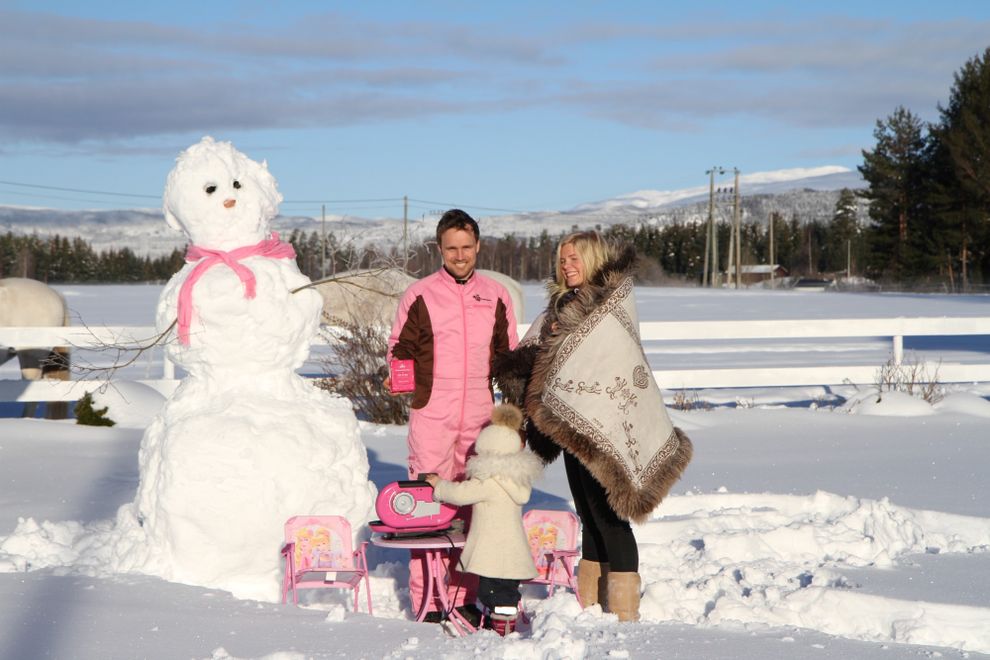 In the weekend, they took this idea with the brown cheese acting like a hat to a new level. They used it in an old traditional dance, where he kicked the cheese! 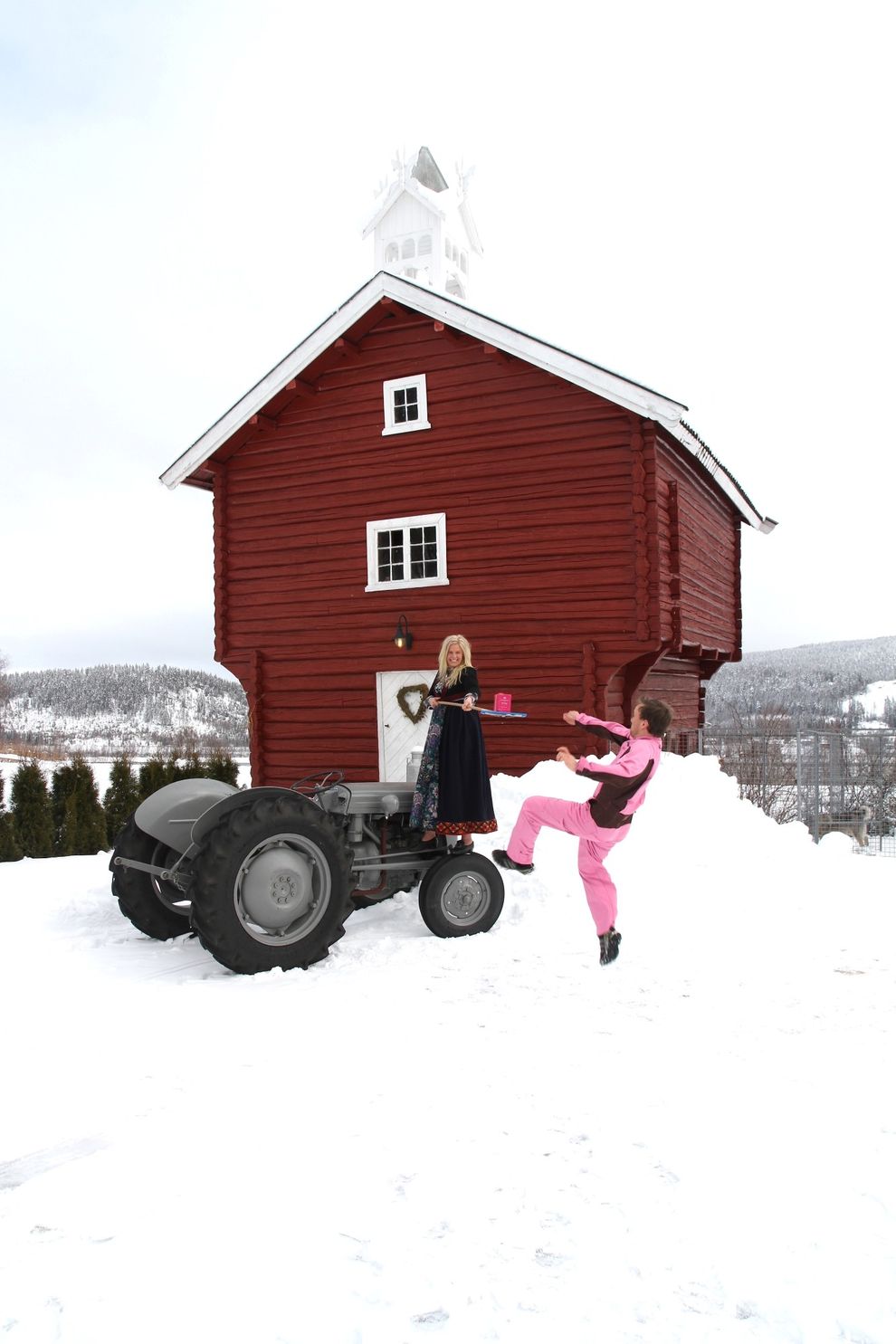 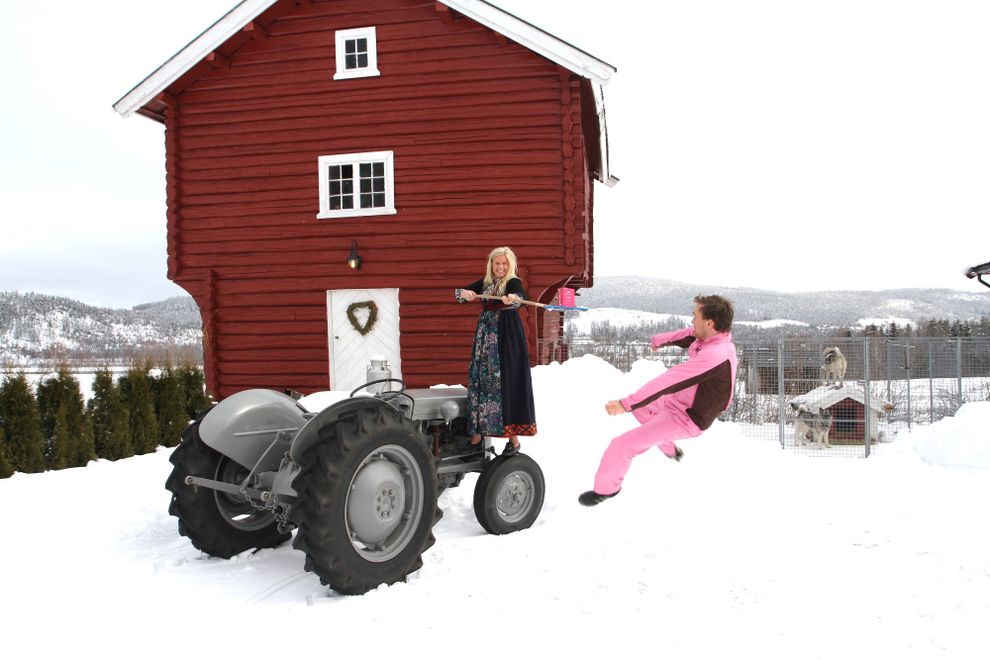 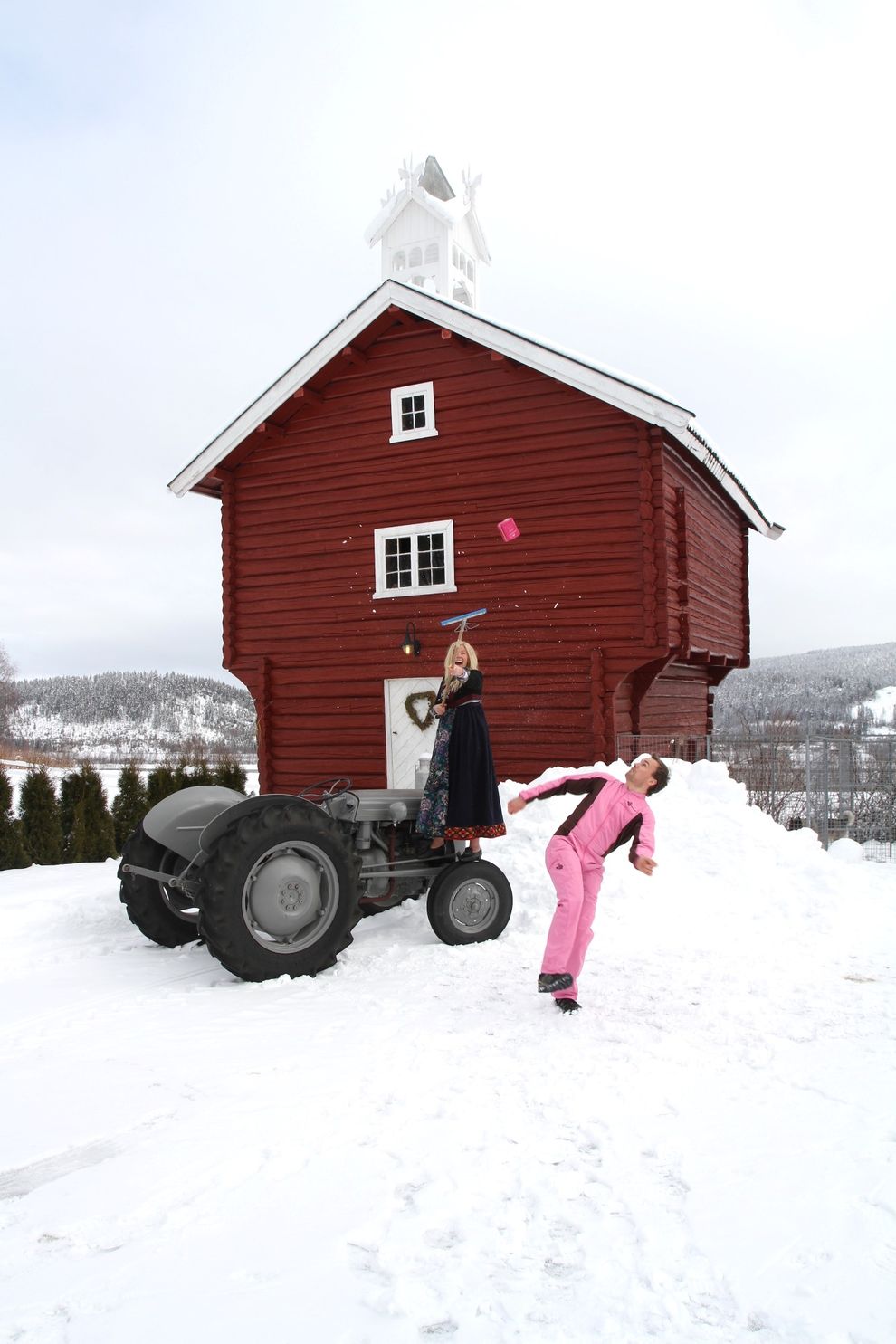 It could truly be used for everything...! They lived very happy - but could it last? 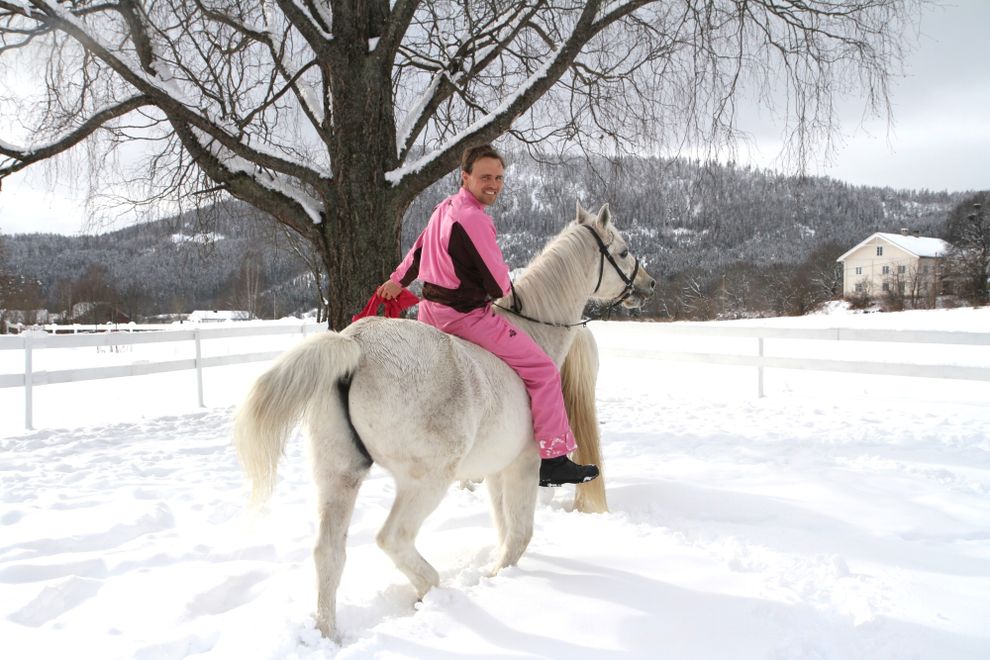 "My love, I must go!" the G35 Superhero of Norway said. "Take this shirt as a token of me and I will return every full and new moon. Maybe even with some of my designer friends... We should do a farm collection..!" And then he had to go! He tossed her the t-shirt and galloped away. 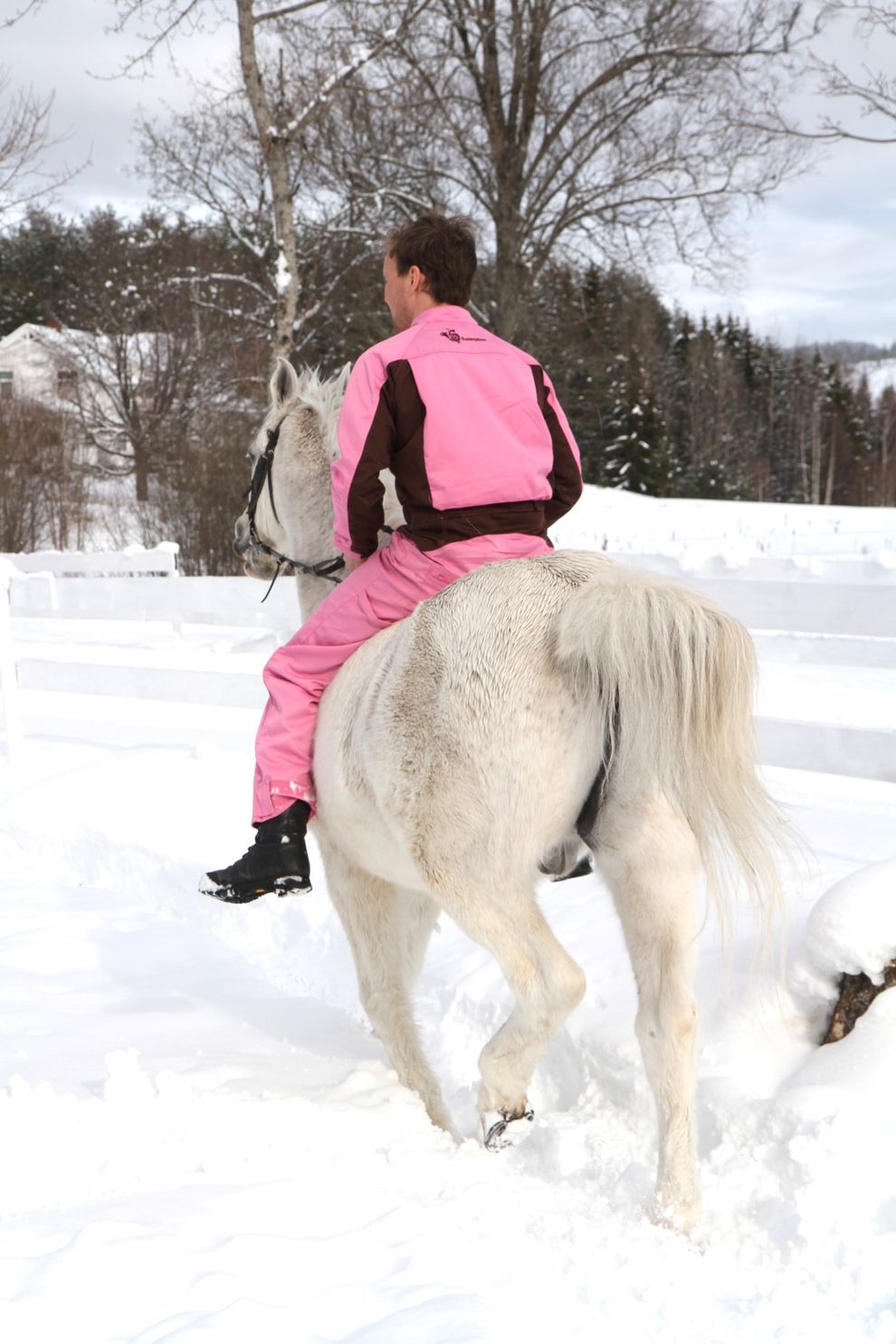 She looked after him and smiled. Wow, a clothing line would be great! She put on the shirt, and got back to running the farm - while eating brown cheese. 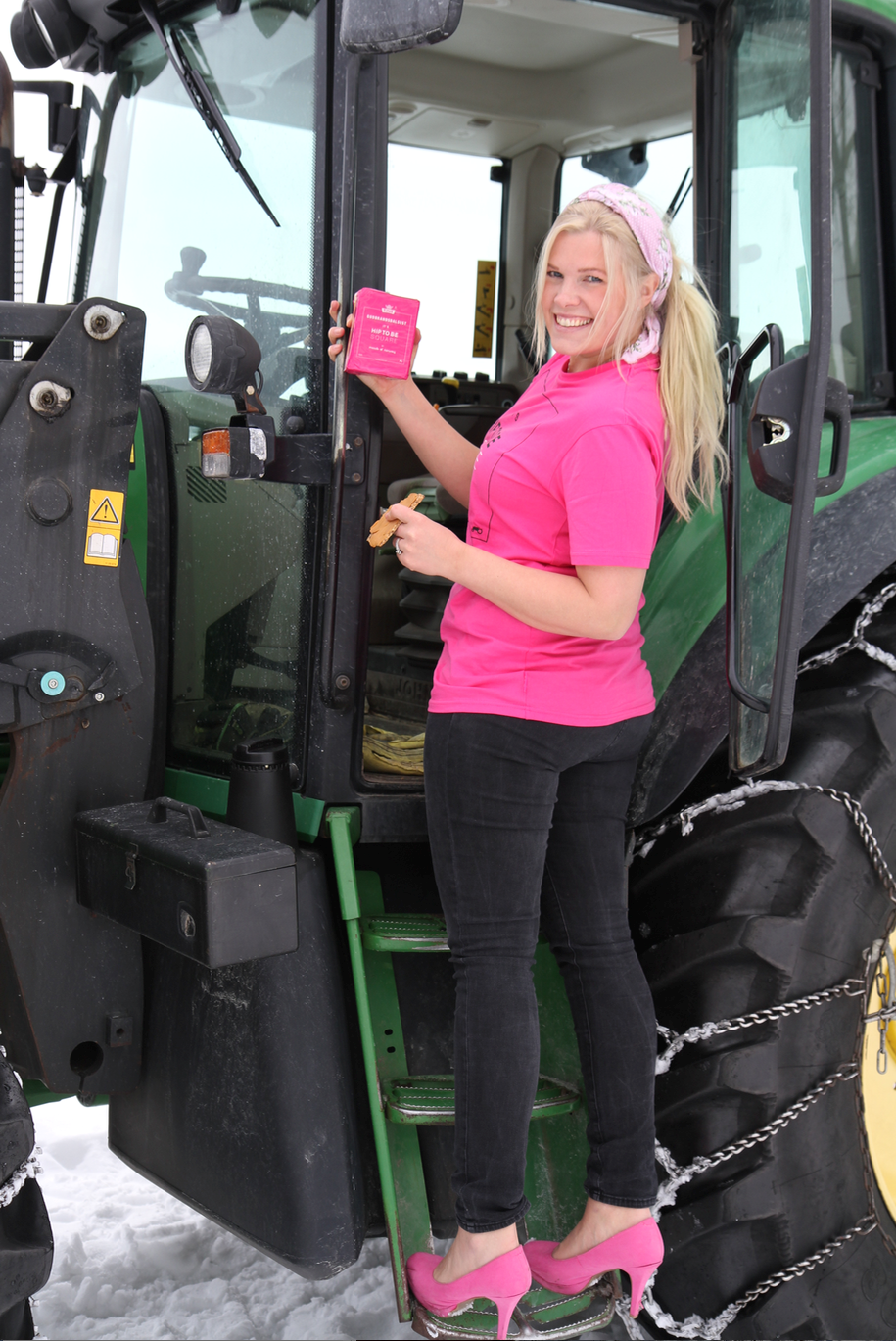 And who knows, maybe she will get the line, and money, too, because this kind of effort put into a photo competition is very rare... :D 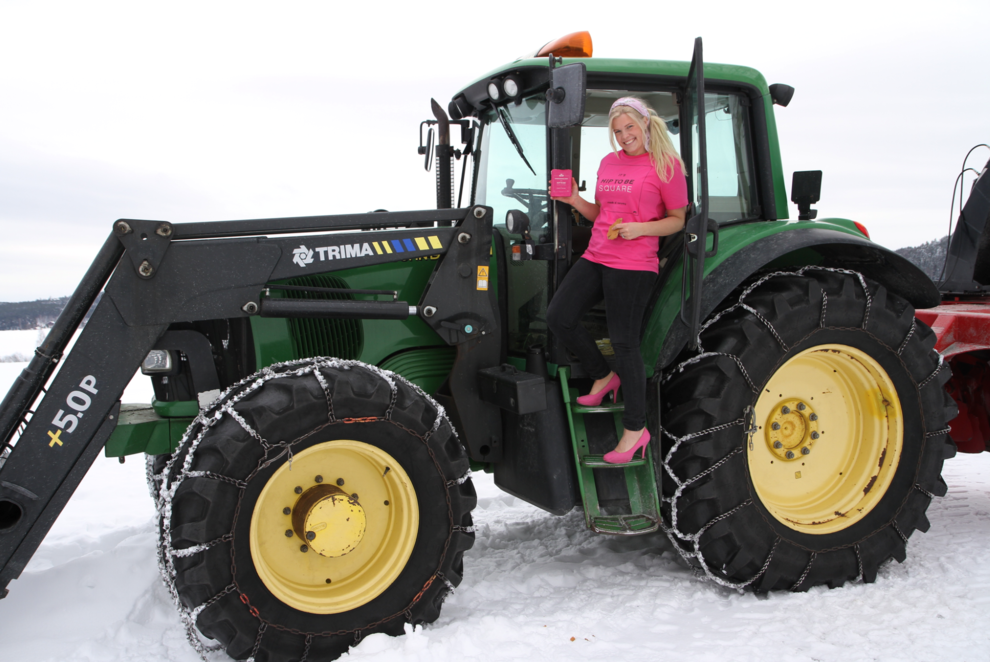 She thought of her life and said to herself, "Well, it's hip to be square".