Gandalf the gardener?...Did we just walk into another fairy tale? Come with us on our trip to the south to find out!

After our busy crayfish week, we wanted to lay down and sleep - but instead - we drove down to a farm near the south coast to visit an amazing gardener (that seriously looks like Gandalf in Lord of the Rings) who runs a CSA – Community Supported Agriculture. Have you heard about that before? You might have heard the term "farm co-op" before, and that is basically the same. 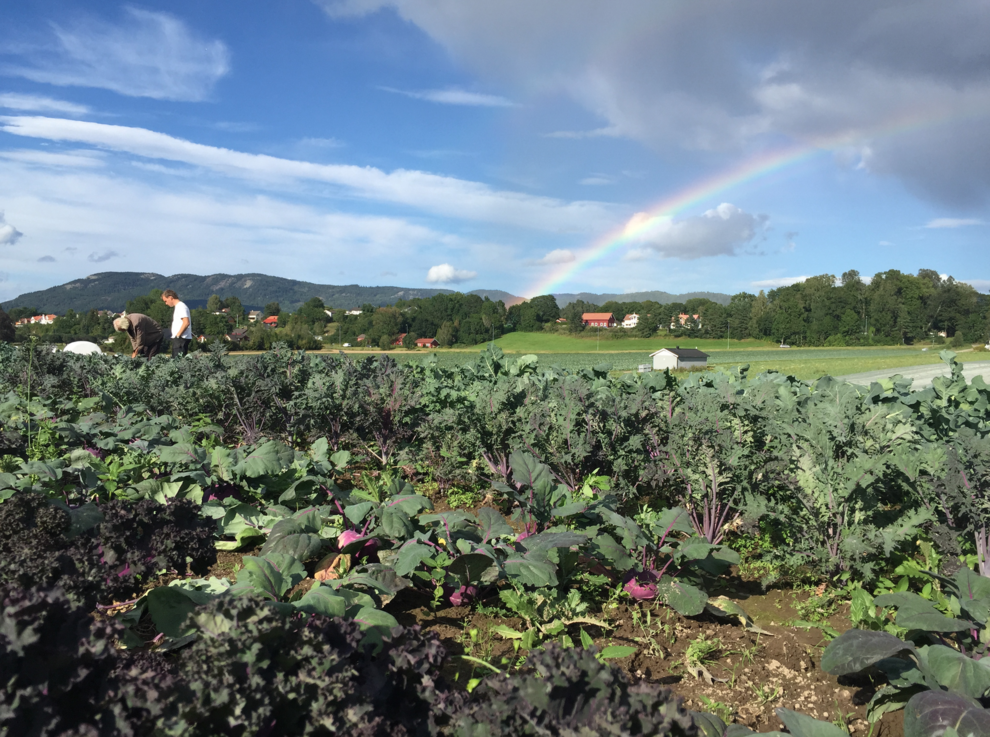 I had briefly heard about it because one of my best friends, Linda, is a member of that program. We were super interested in his big garden setup with a loooot of different organic veggies. He sure did inspire us! 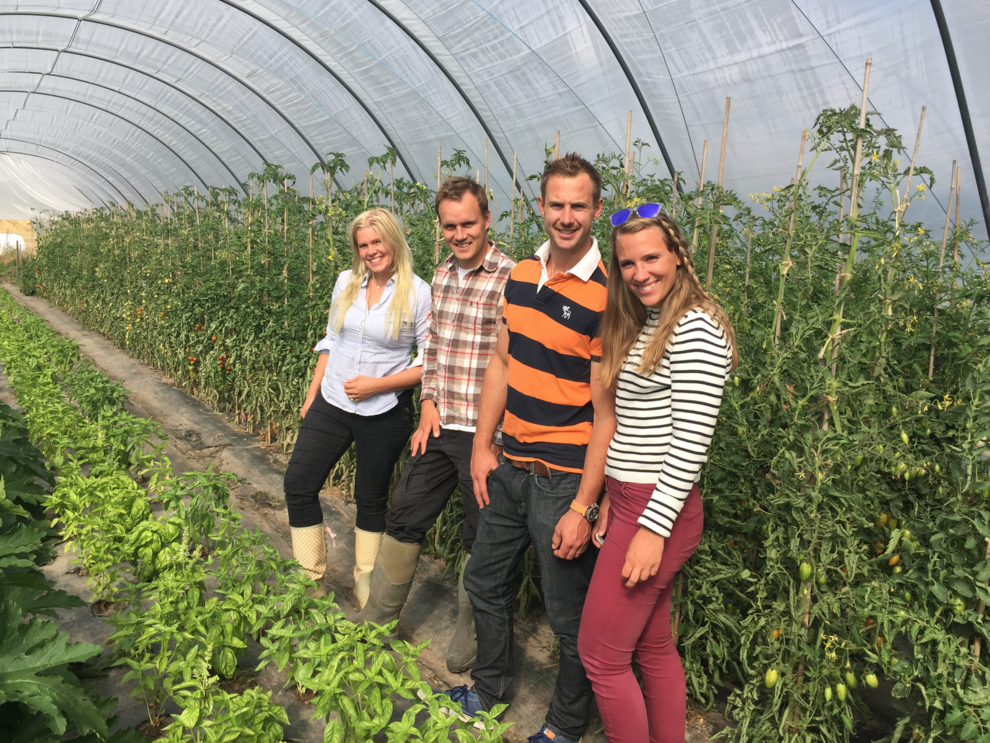 So it was my brother, Ole Gunnar, his fiance, Linn, Kristoffer and I who did this "study trip". 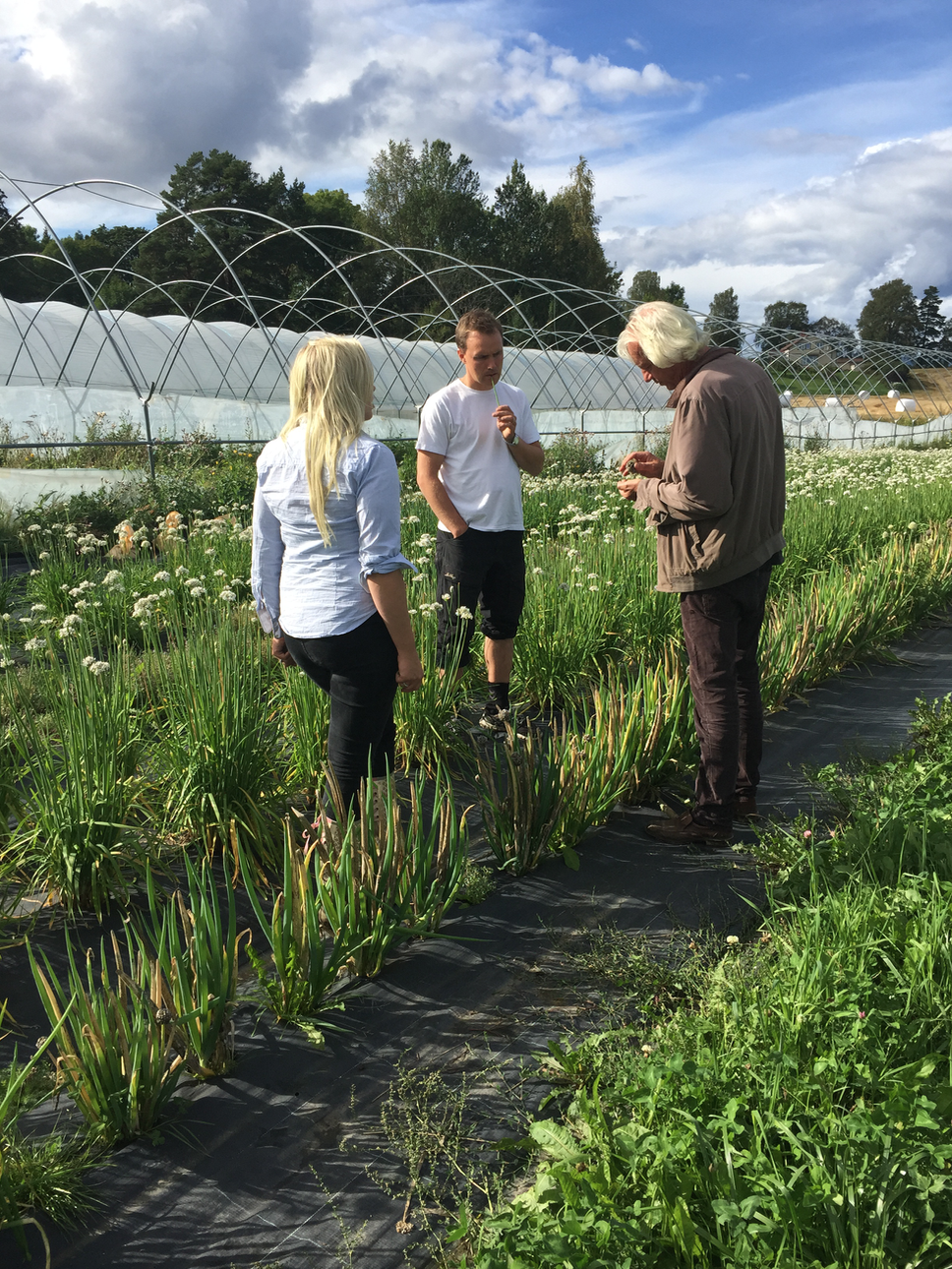 The gardener's name is Tom Harald Echell, but we thought he looked like Gandalf. All he needed was a white horse. Maybe if I let him borrow mine, he would come here and help us set up?  He he.. That would have been super cool! 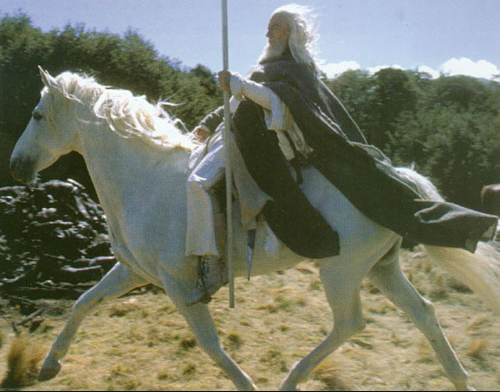 To tell you a little about CSA, it's a new way of organizing farms. People can buy a "share" of the farm, and get a certain amount of harvesting rights. They can also take part in the work if they want to, and get involved in different ways.

This is especially big in Japan, USA og England but it's also done in other countries. CSA actually started at the same time, in two different places, independent of each other. 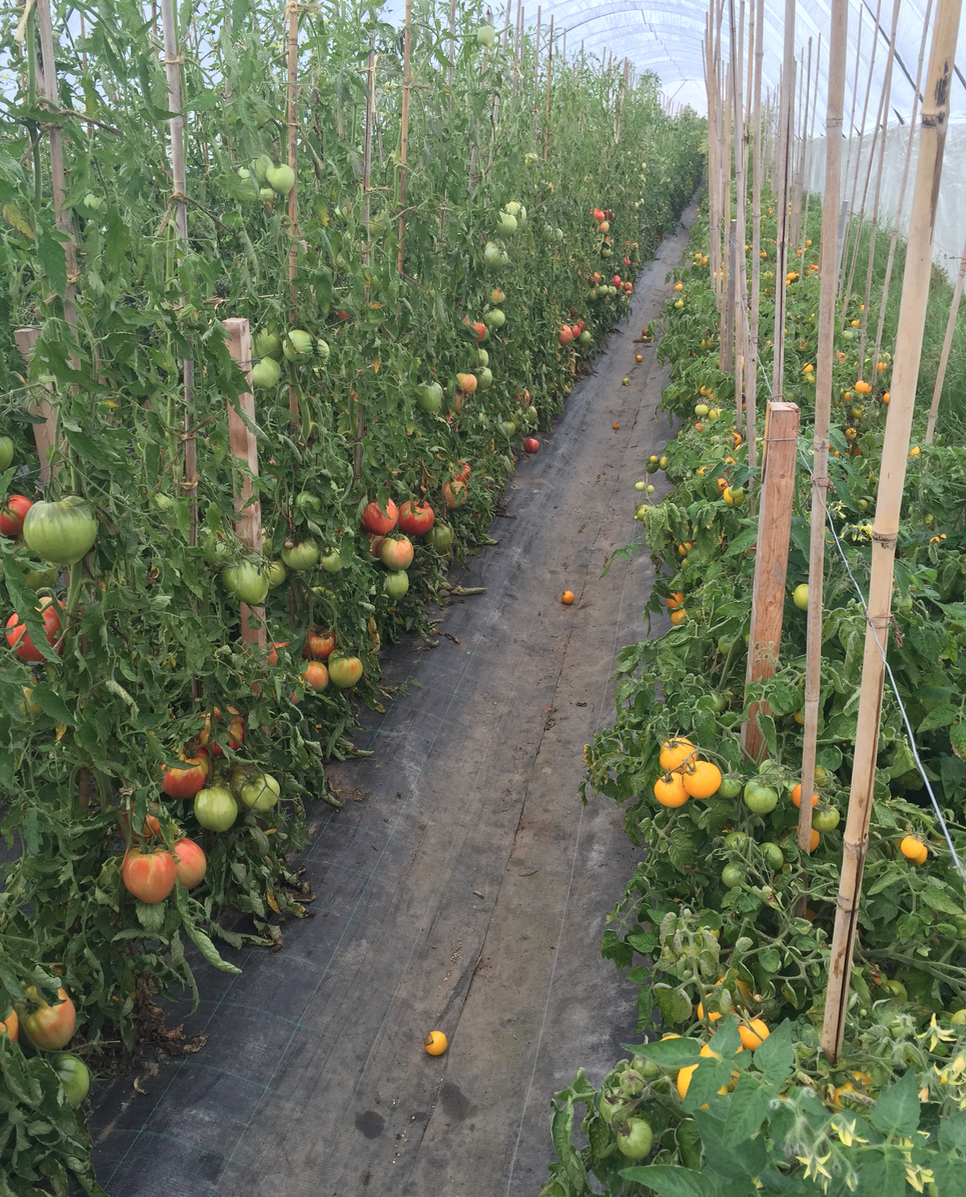 I think it's a very cool way of forming a bond between the farmer and normal consumers who don't have a farm themselves. The farmer gets a stable income, help and input, and the consumers get healthy, local food, and connection to the land and the farmer. It's definitely a win-win. 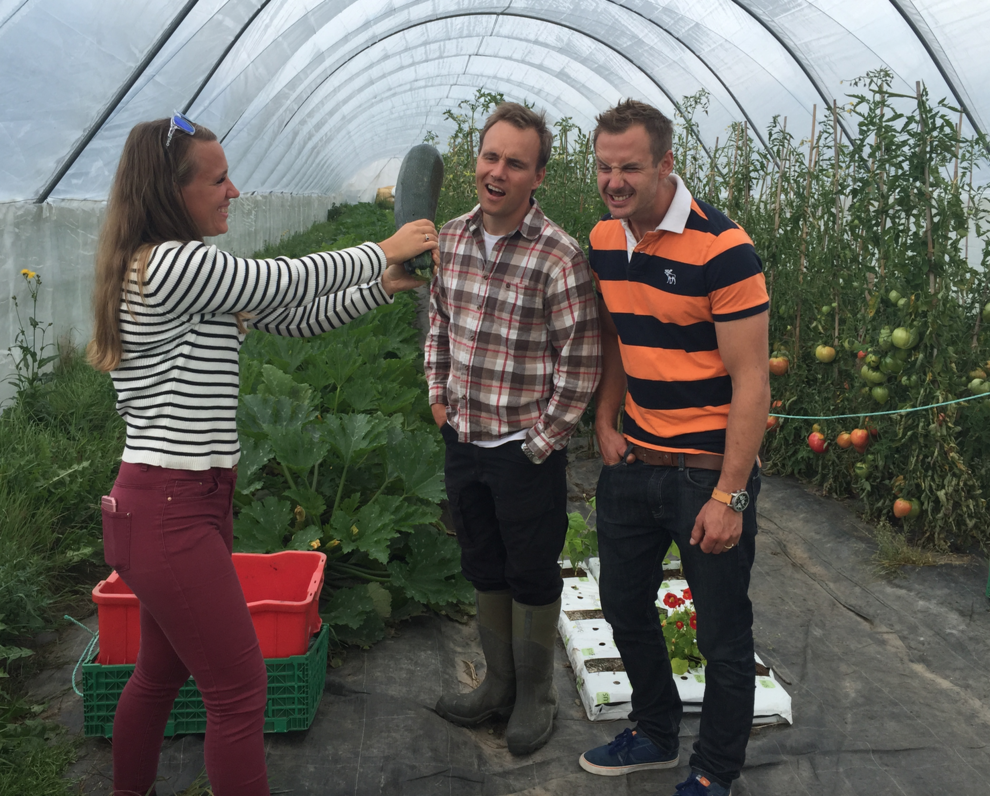 They've found a lot of remains from the middle age, so I guess Linn got a little influenced ;) 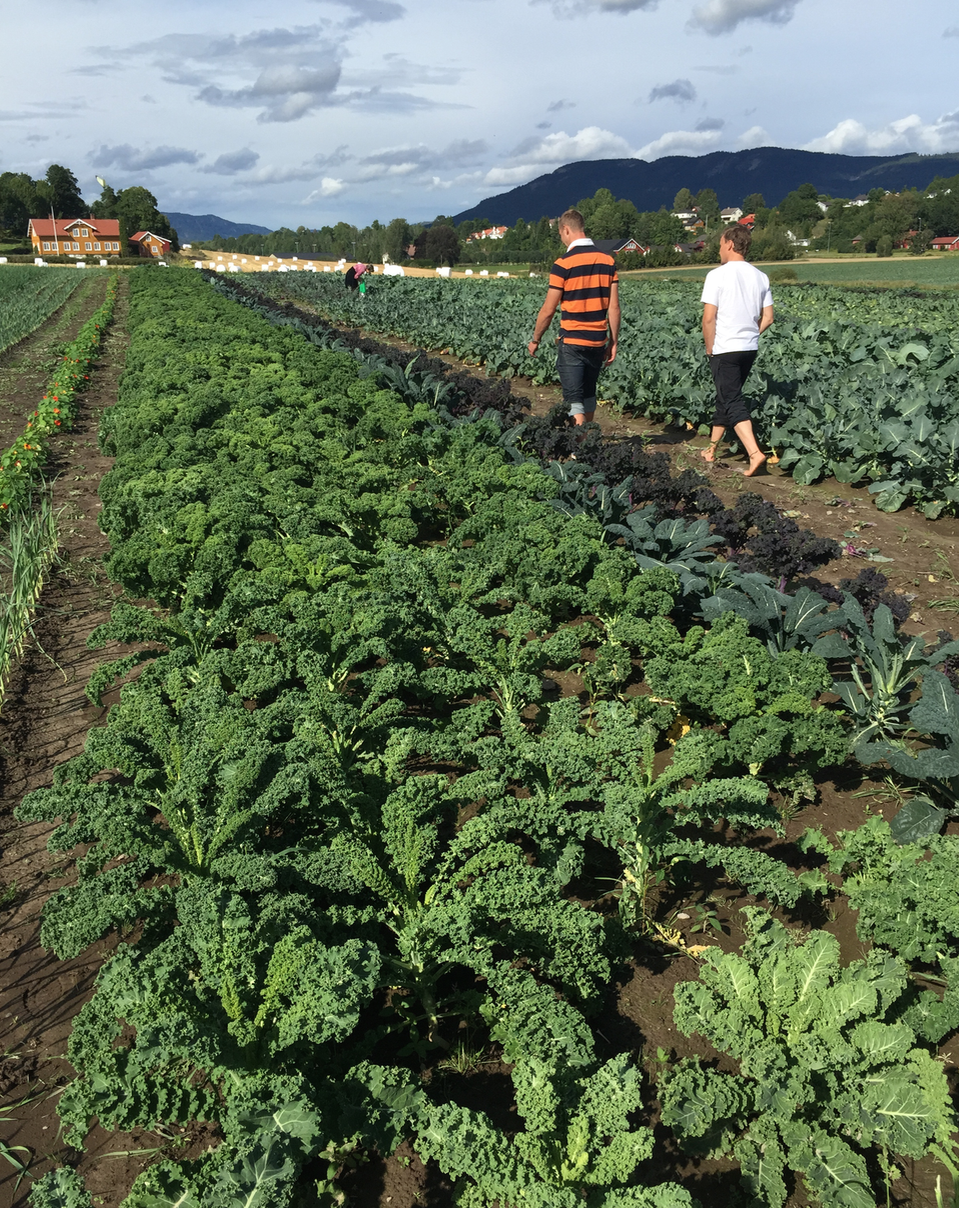 Gandalf had both green kale and purple kale! 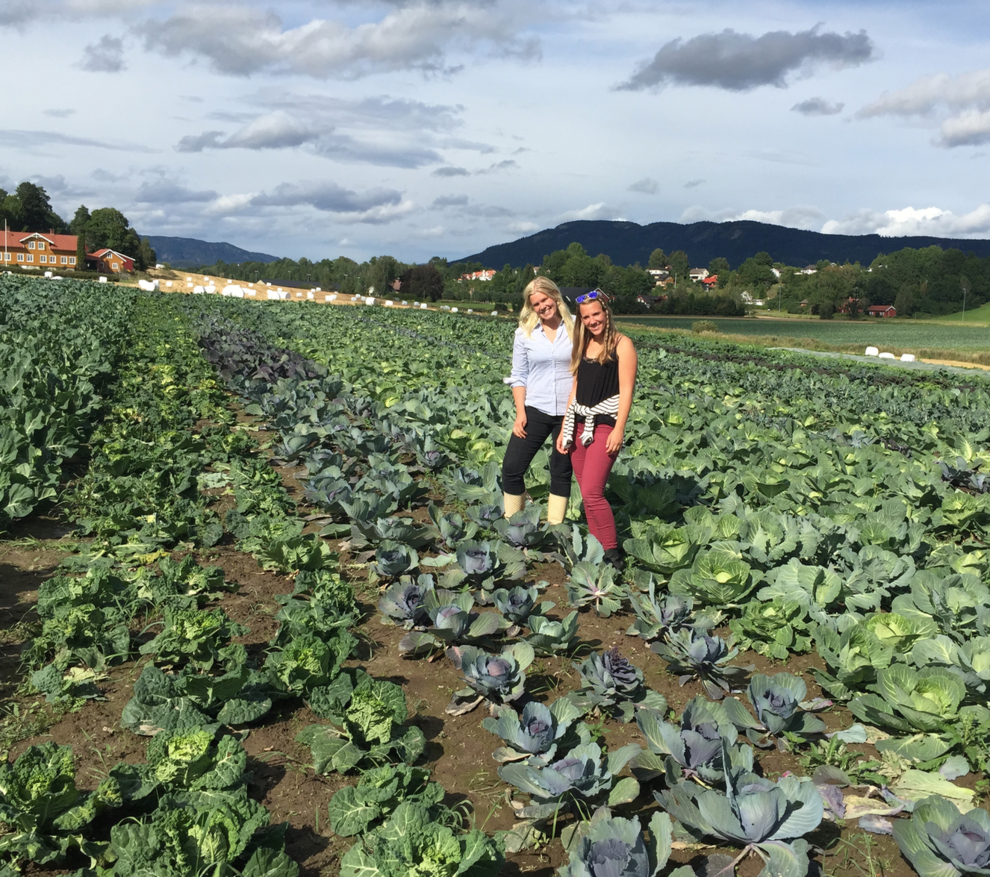 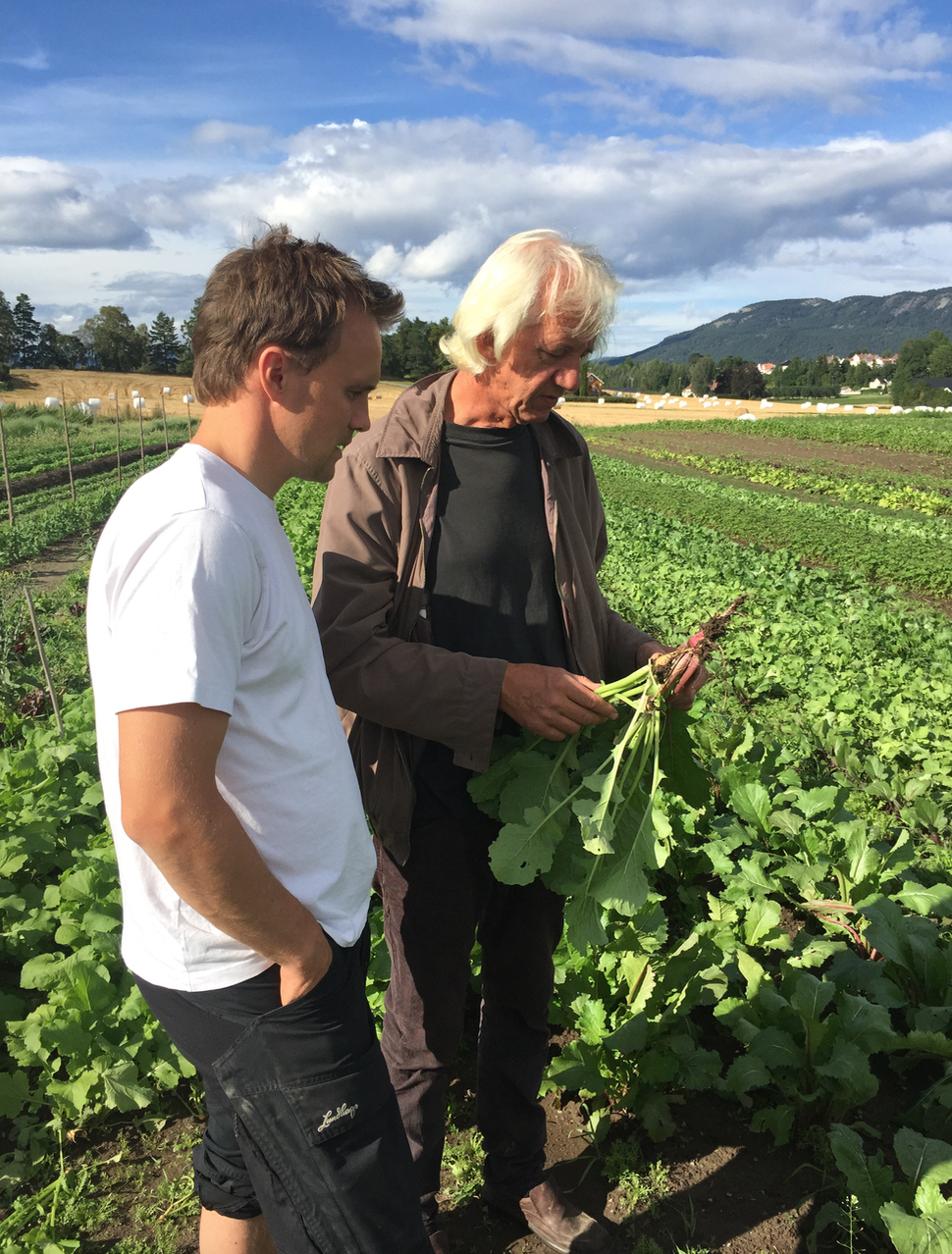 Here he is showing us some radishes. 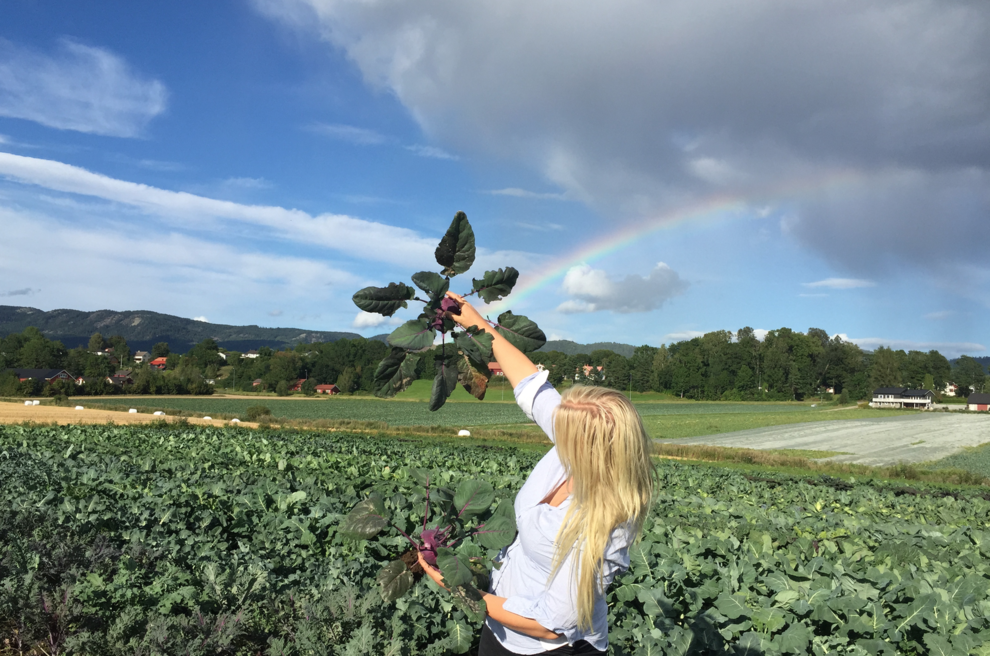 Look! A purple veggie at the bottom of the rainbow!!! Doesn't that mean it's gold? I think so! 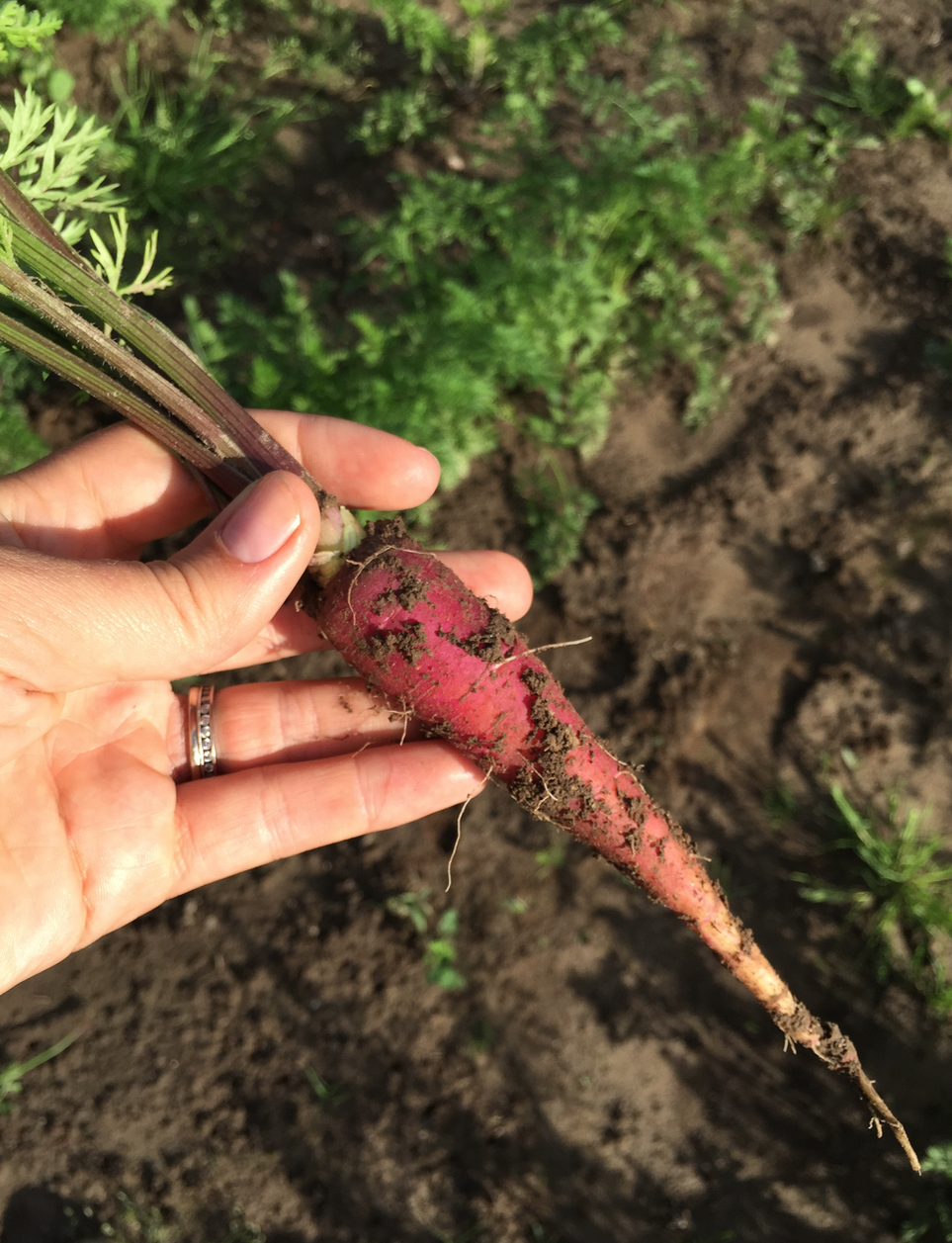 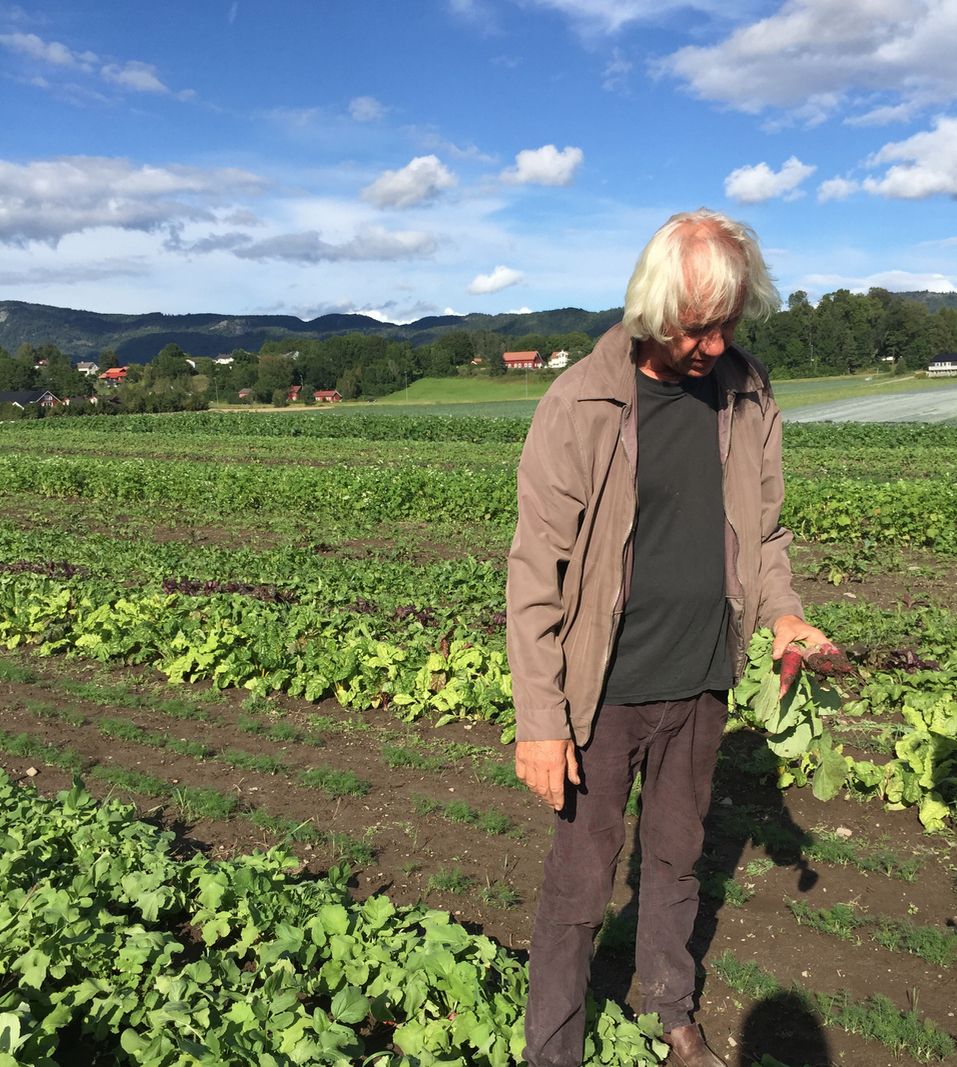 Thank you for an incredible and inspiring visit, Gandalf ;) 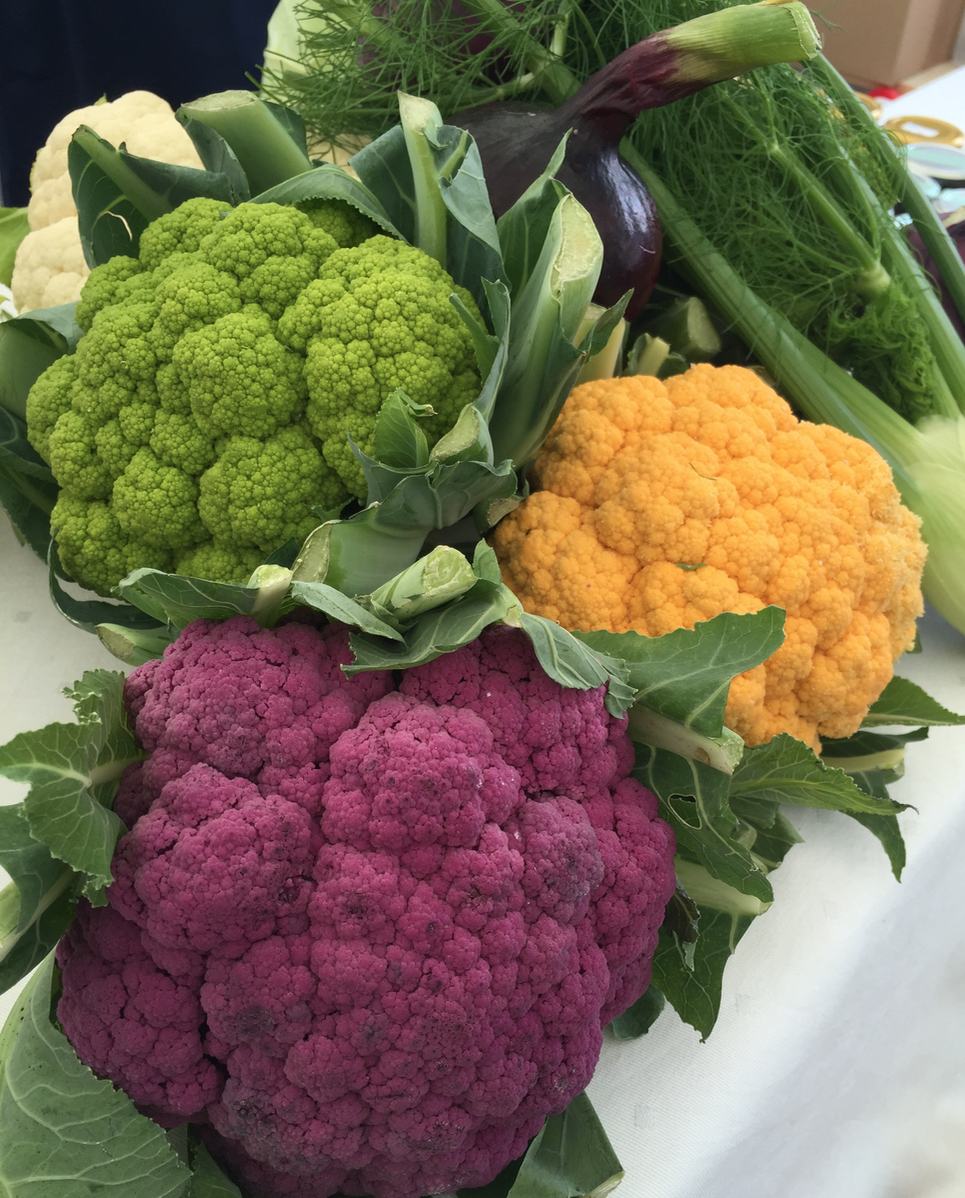 Look  - all the colors of cauliflower. 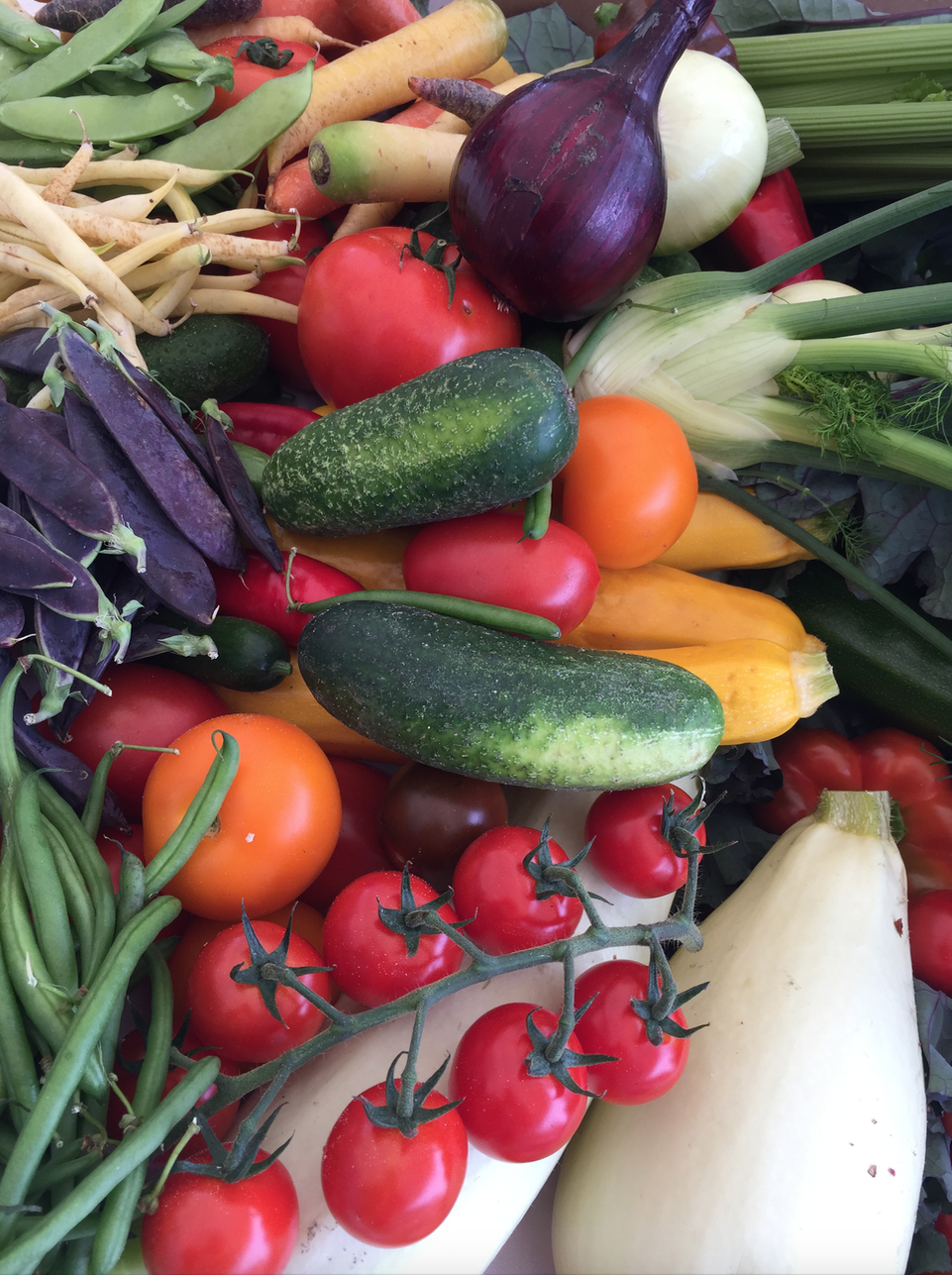 This is almost as much decoration as it is food! Real eye-candy!

Maybe organic, semi-big garden growing is the gold at the end of the rainbow? This picture sure makes it look like that, huh? :)