Ahh, midsummer! What does that mean to you? Here in the north it's very celebrated for many reasons, both religious, nature -wise and from old cultures.
Let me show you some amazing "midsummer girl" pictures while I try to simply explain what we celebrate. 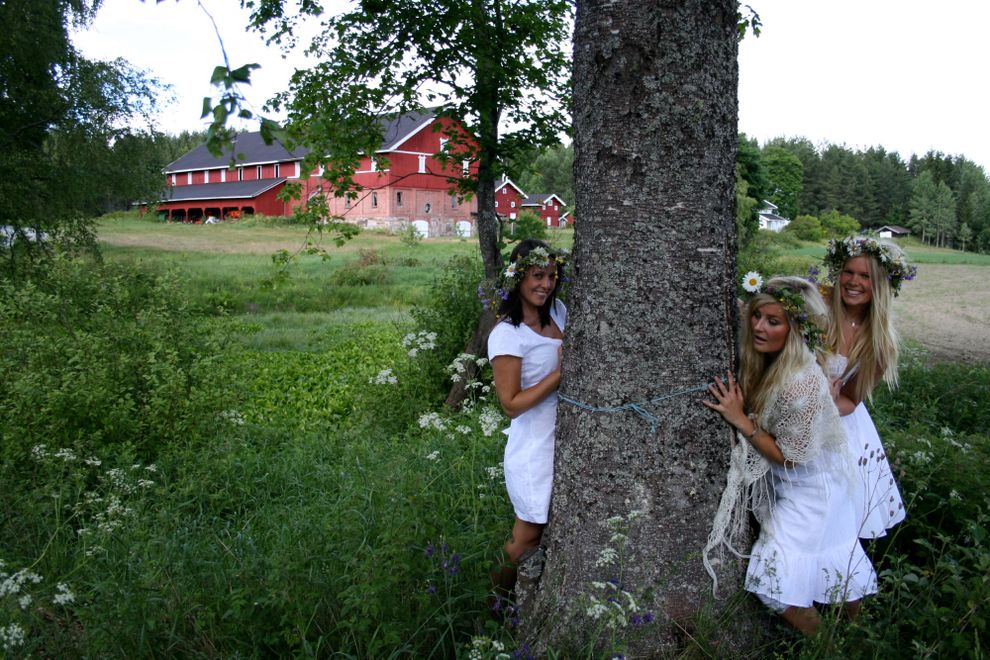 The 20st of June is the turning of the sun. From December 21st it's been getting lighter and lighter, and Monday, June 20st was the lightest night of the year.( AND it was fullmoon!) In northern Norway we have the midnight sun, where the sun never sets in the summer. Where we live, it sets but it doesn't get dark. Perfect for a summer party! :) 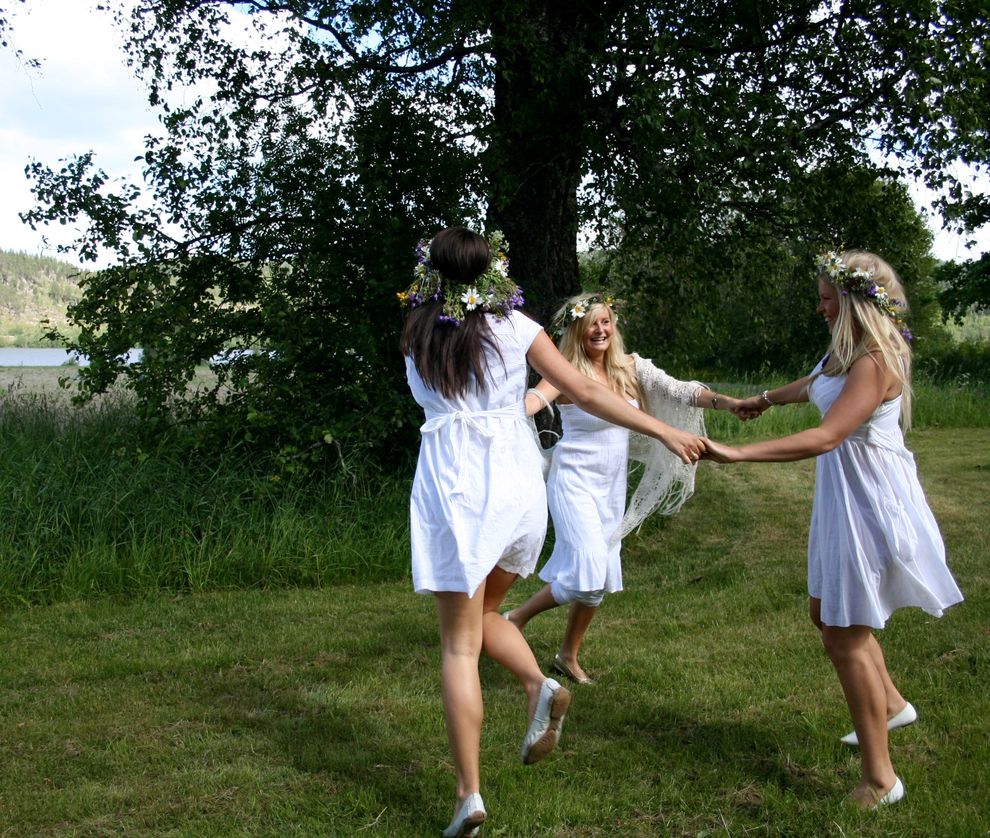 Many cultures all over the world have celebrated the turning of the sun. The ancient Egyptians made the pyramids so that the sun, seen from the Sphinx, went down right between the two pyramids at summer "sun turn".

The Incas in South America usually celebrated with a ceremony called the Inti Raymi, that also had sacrifices of food, animals, and sometimes even humans!

When Kristoffer and I visited the old Mayan ruins in Guatamala and Mexico, the archeaologist had found remains of an astronomic observatory there that was built to be aligned when the sun hit at midsummer. In that time the cities inhabitants gathered by the observatory to see the king make his entry and turn to the sky. 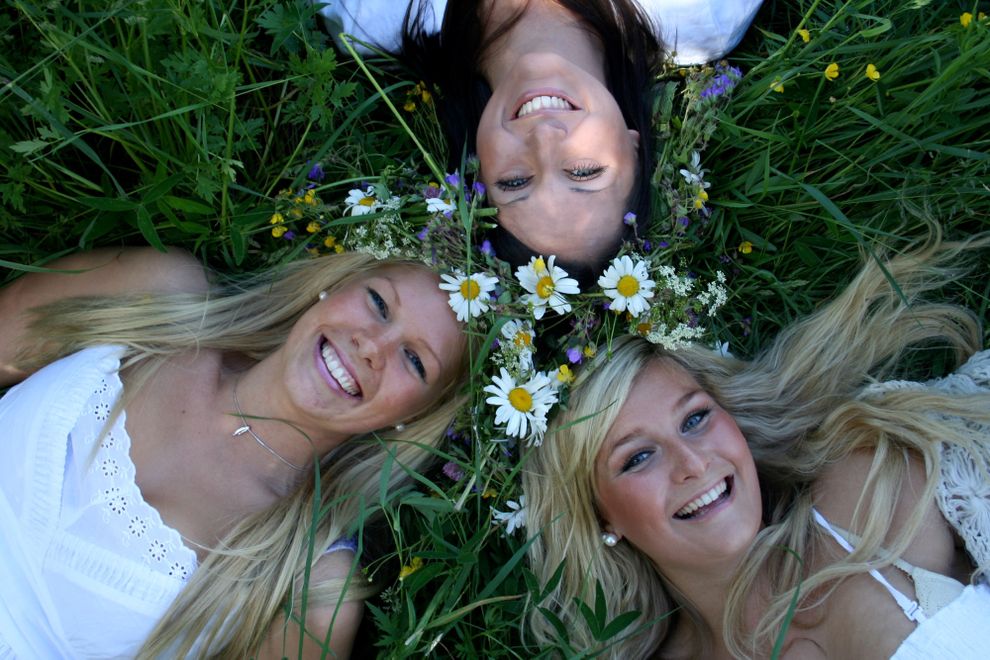 The most popular place of these dates, 21st of June and December , is perhaps Stonehenge in England. Visitors that stand between the stones still see the sun rise over the so-called heal stone, that's right outside the stone circles. 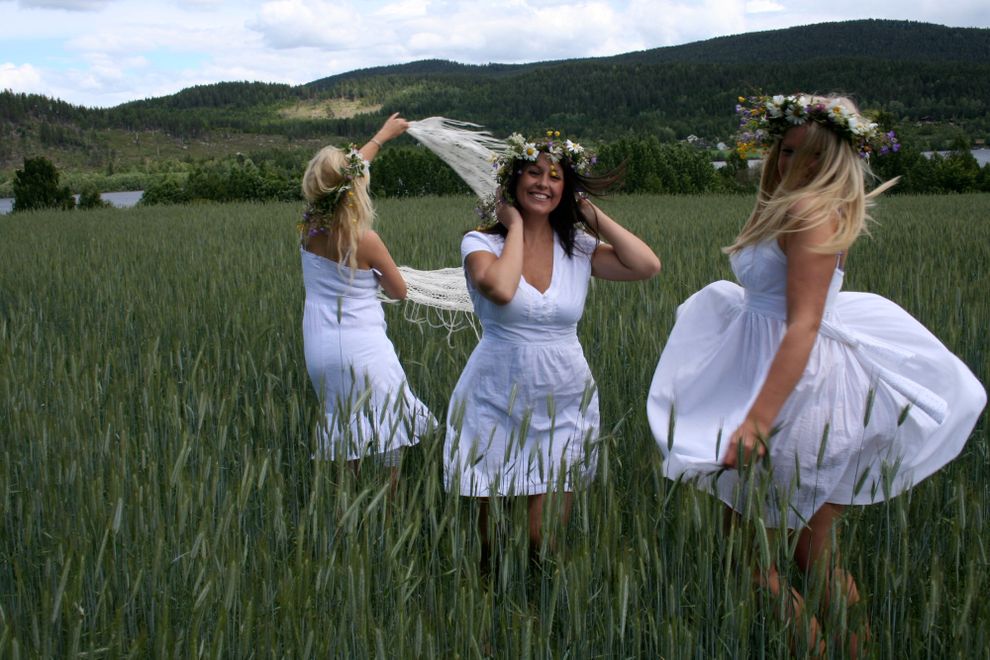 It's a partly religious holiday, since the baptist Johannes (or John) was born. The day is actually the 24th, but like Easter eve, and Easter day, it's celebrated the night before.

Midsummer is also connected to old and prechristian traditions that's been marked differently all over Northern Europe; mostly as a more "folk pary", than a christian holiday.

In Norway, Denmark and Finland, the bonfire is especially important. In some places in Denmark (inspired by German handcrafters), it's still normal to burn paper witches, to "keep witches and evil spirits away".

In Sweden the midsummer party is a very big deal. It's an official flagday, and since the 1950s the official part days have been from the Friday between the 19th and 25th of June.  The weekend is usually marked with a family party in the forest at their cabin, with special foods and drinks, and folk costumes. It's normal to make a pole in a cross form, with two rings, and cover it with greens and flowers. They often will dance around this pole and sing songs. That's where the image of the girls with white dresses and a flower hairband comes from. 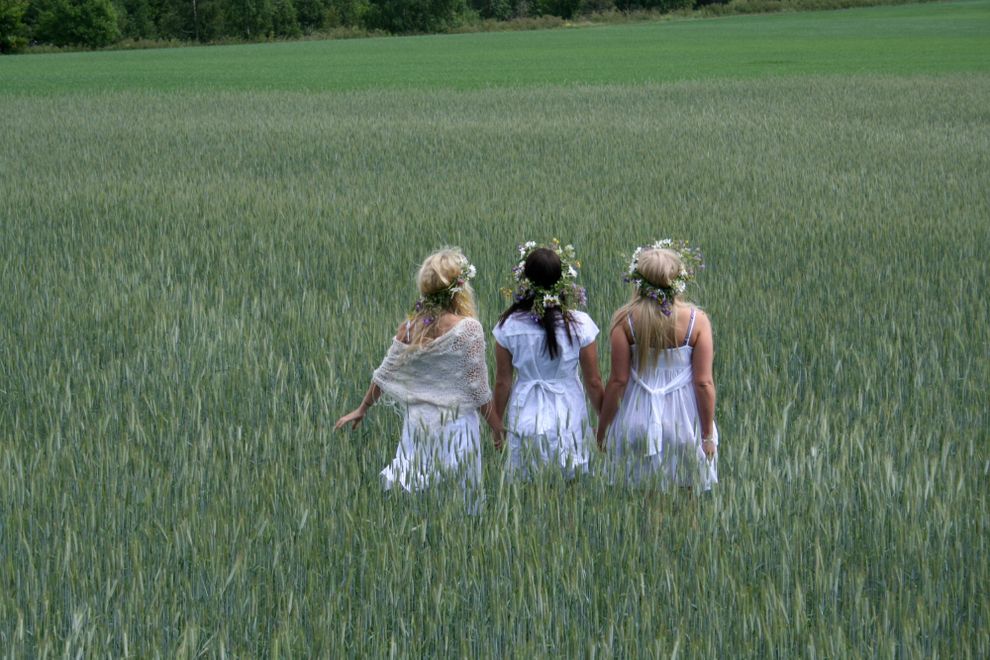 Here in Norway, a lot of people will make a bonfire on the beach, and wear white dresses and a hair band, inspired by the Swedes. Here at the farm we combine the "sun turn" and midsummer to a mix of what we feel is a good celebration. We are going out tonight, first with a boat ride on the lake, then up to our cabin where the outside sauna is. Last year we had a ceremony to thank the nature for all we are provided with, and did a cleansing sauna, before we sat and watch the sundown by the bonfire! This year we'll be with our family on my brothers island! ;)  I'll bring the camera, and show you.

Do you guys have anything special for midsummer?