Who says you can't grow them in Norway?

Quinoa is a cool plant that grows in abundance in South America. It's used as an alternative to potatoes and pasta, and it's easily found in most health food stores. The plant is naturally gluten free and very nutritious which makes it a great choice. Quinoa is rich in proteins, lipids, fiber, vitamins, minerals and an extraordinary balance of essential amino acids. The World Health Organization says that the amino acids are as good as the proteins in milk! Very interesting, huh? And the UN said that the year 2013 was the “International Year of Quinoa", so it's definitely on the agenda. 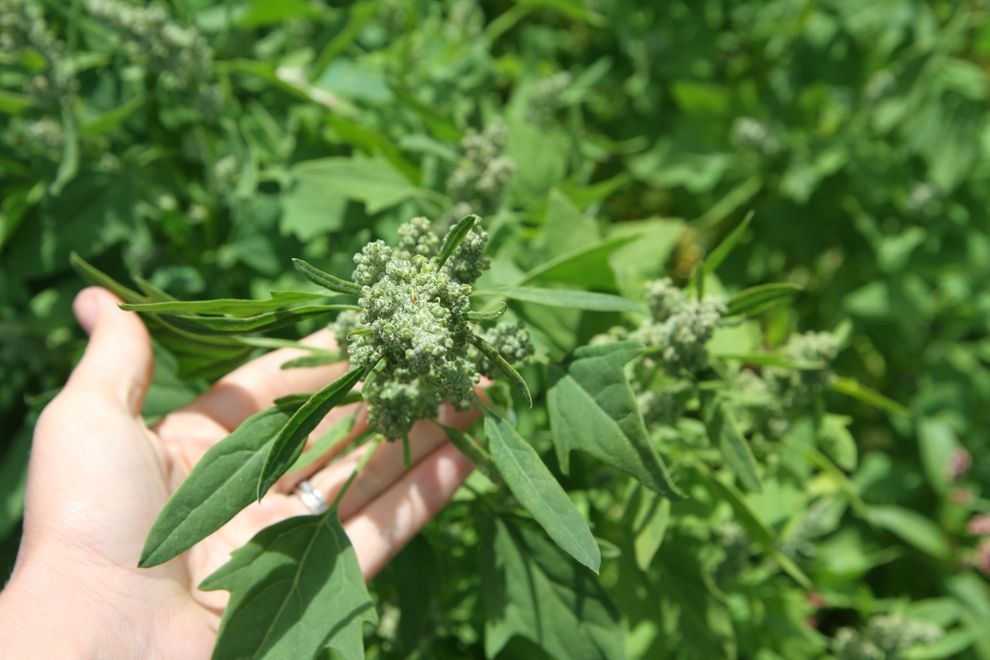 It hasn't been tried so much in Norway, but we saw the plant when we traveled in the mountains of Peru and thought that if they could grow it there, we should at least try it, too! And it's going sooo well!! Super exciting! The plants are getting big and strong and they are now setting their seeds, which are the part you eat. I have tried to eat the leaves, too, and they taste good, so I'm sure people use them. 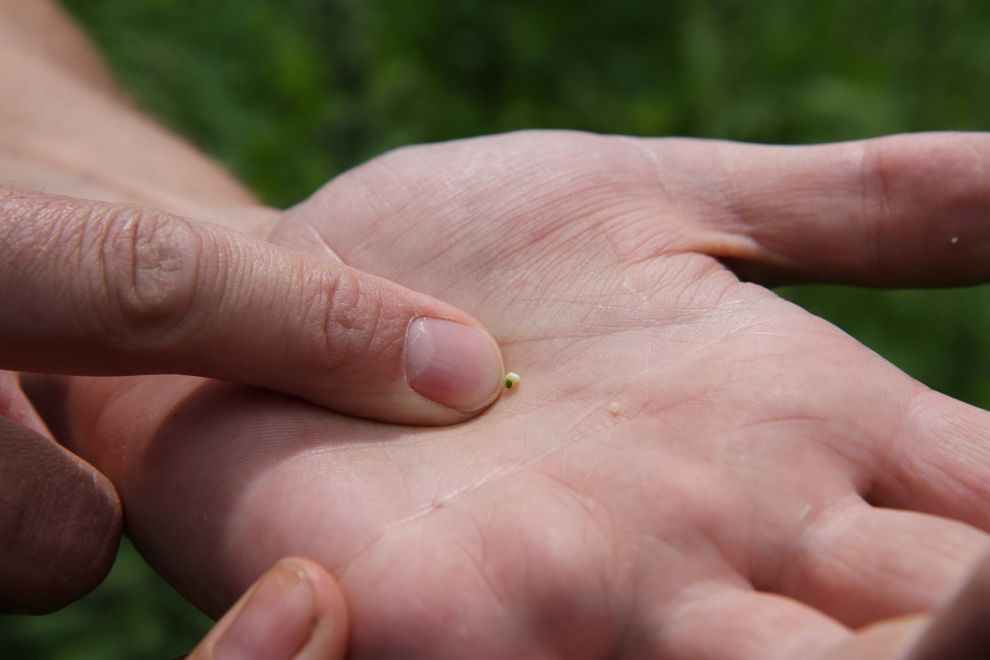 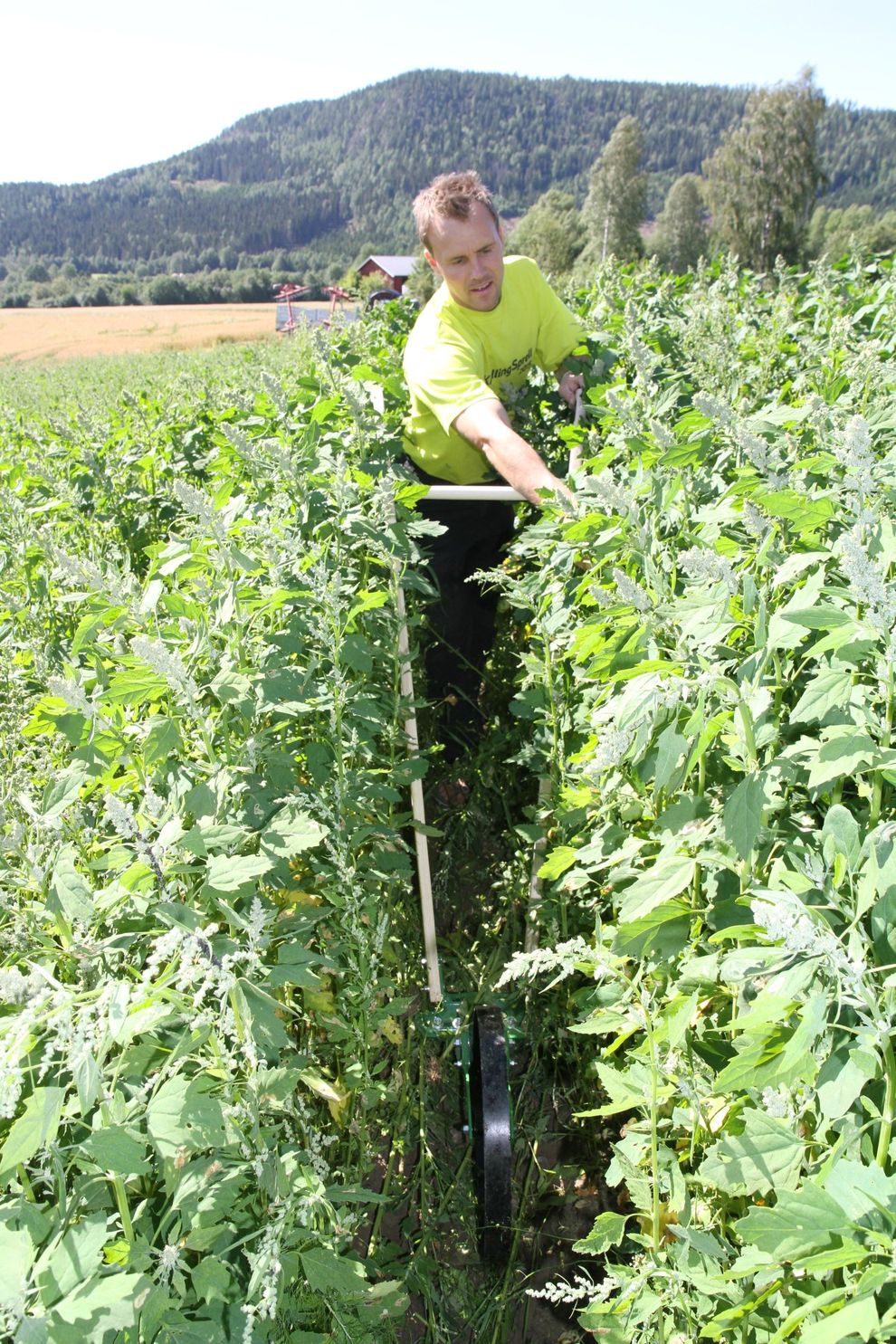 Kristoffer cleaning between the rows. 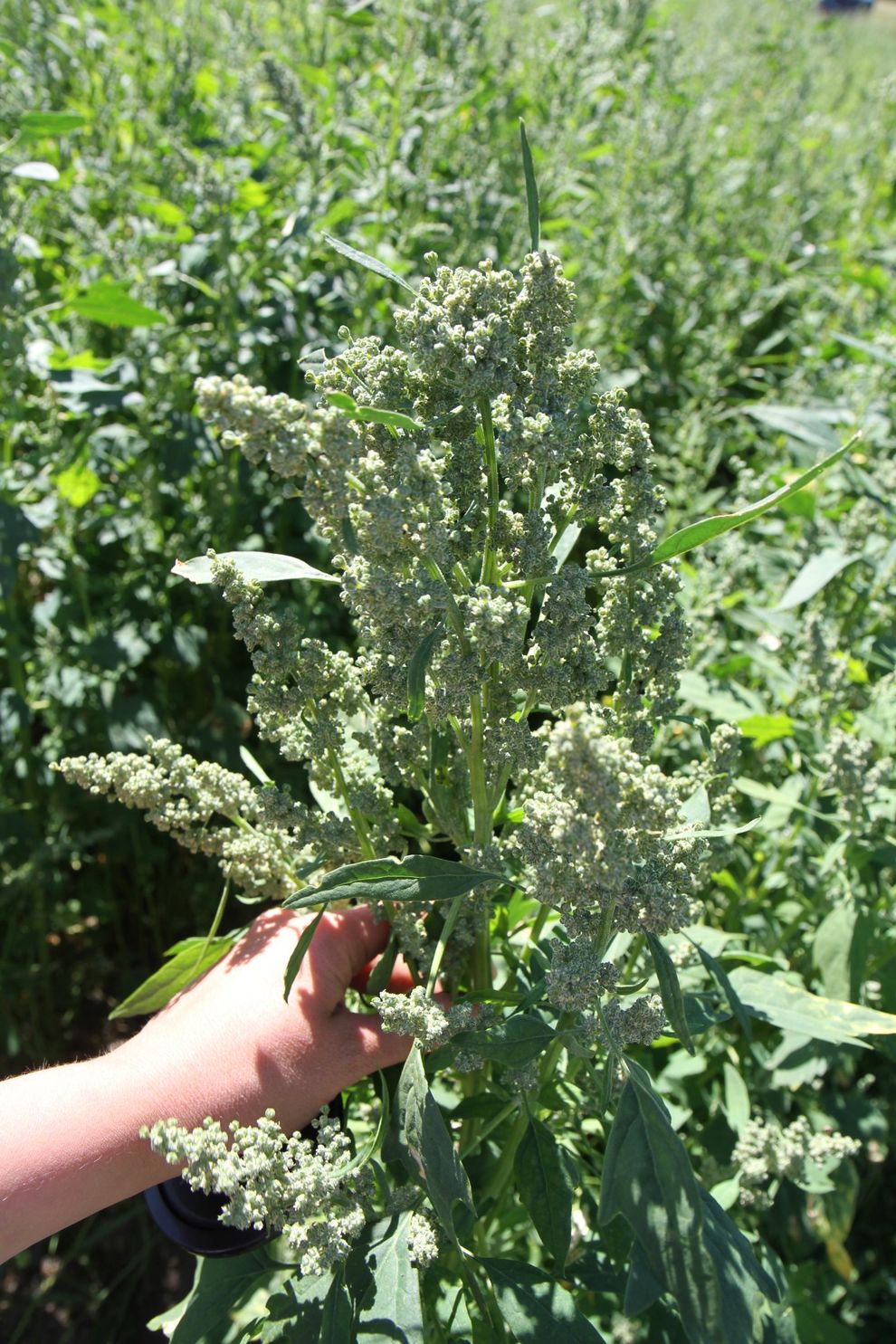 This is our biggest plant so far.

We also planted Chia, known as THE deluxe superfood. They're small black, super-nutritious seeds. Chia seeds have Omega 3, protein, fiber, magnesium and calcium, just to name a few. The chia is put into water and soaked, where it swells up with a jelly consistency. You can make a chia porridge or put it in smoothies to bulk it up (really good!). 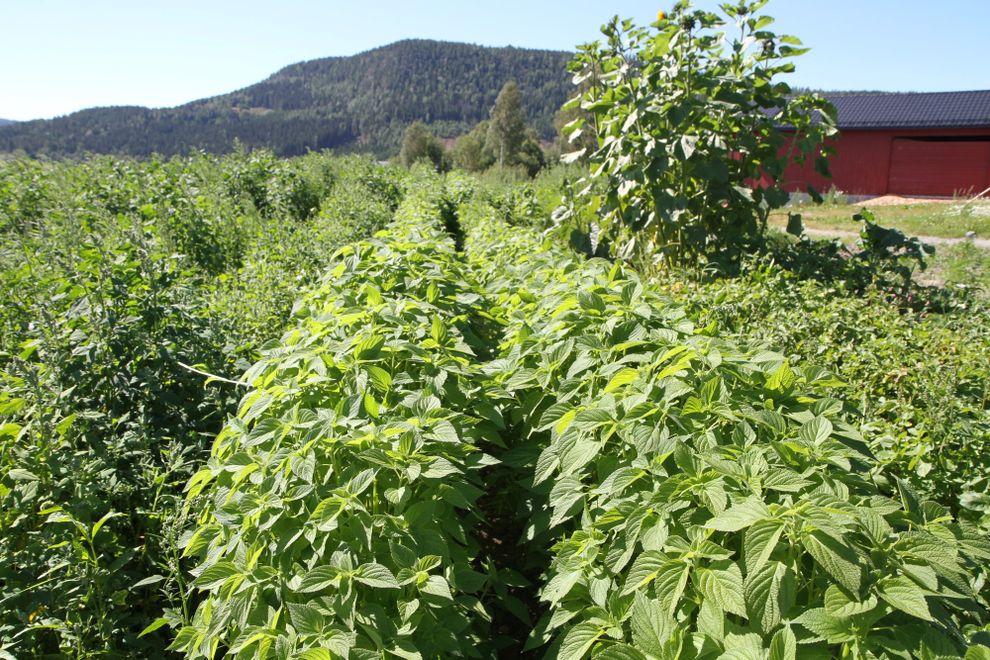 This field I told you about, when we went from “spa to spade”, is the one that’s now this lush! Cool, huh? 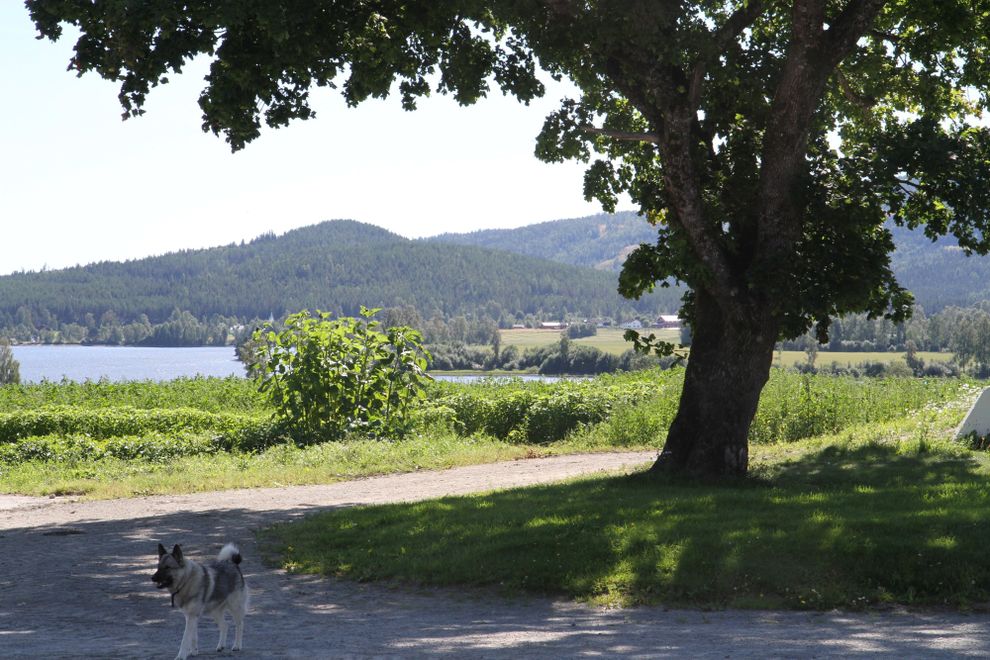 Some people say it's not possible to grow chia in Norway, but we have a lot on the fields and also in the greenhouse. The plants are very big and strong, but we don't see any seeds yet. Norway has such long hours of daylight, that it actually slows down the growing process for some plants. But seeds or no seeds, there's no frost until maybe November, so I still believe it can happen.

It's very exciting and we are learning a lot in the process, for sure! 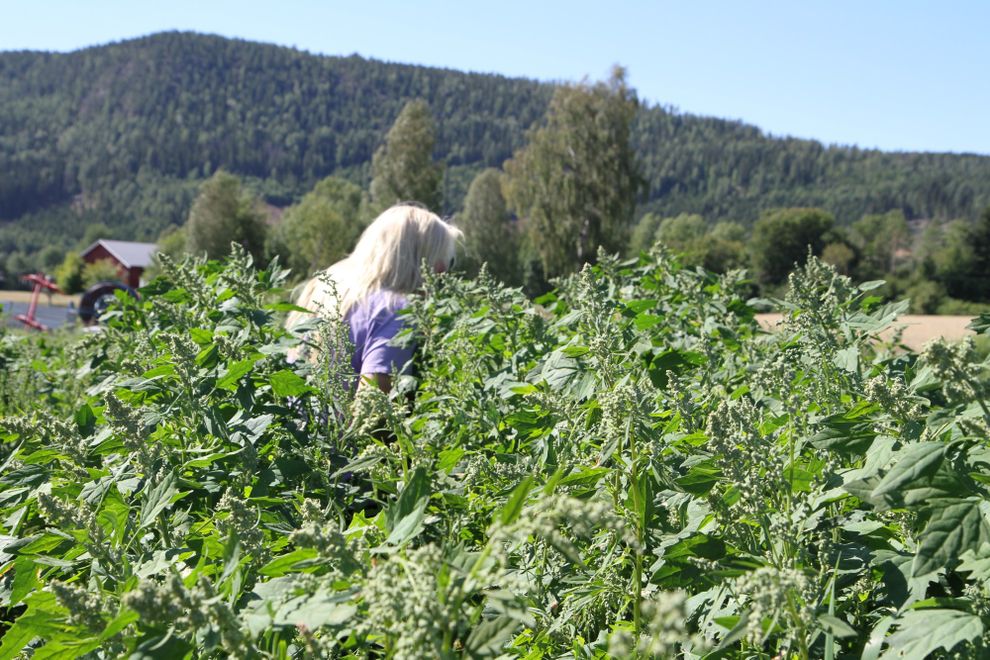 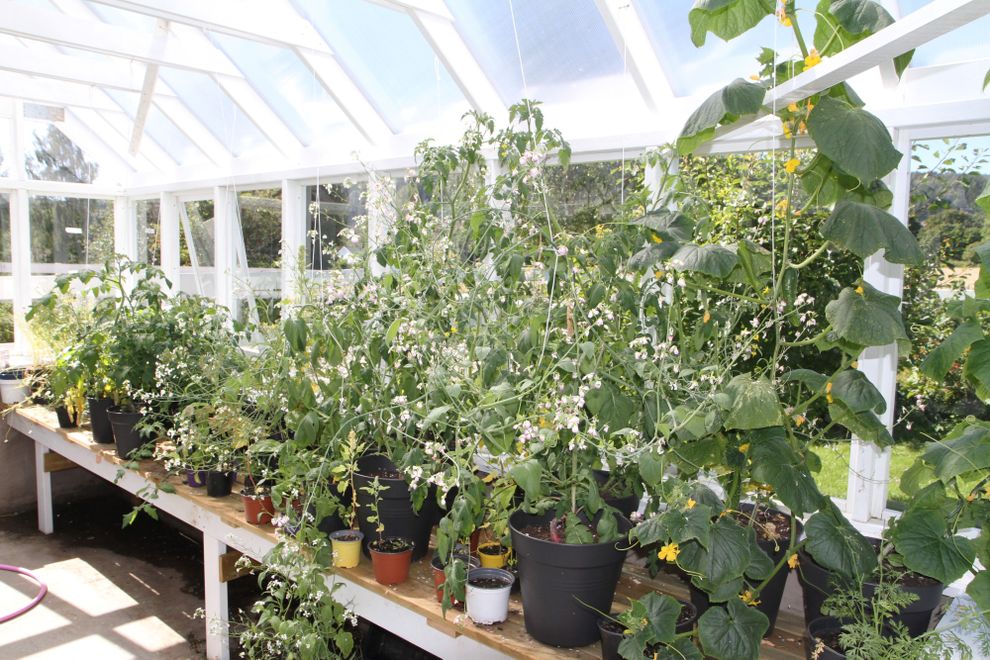 Ohh, by the way, look how full the greenhouse is getting! And this ALL grew from my little pink mini greenhouse in my kitchen window! :)