Let the pull of the moon lure you into nature!

Do you feel any different during a full moon? Many people claim to feel the full moon's effect on the body. When we consider that the moon pulls earth’s gravity to move the oceans from 1 - 6  meters each way (tide) , there must be something to that. Here at the farm in the old days, some of the ladies that used to help out in the slaughter and baking refused to come when the moon was “down,” working only when the moon was in rising, from new until full. They said this was because the meat and the dough would shrink and act “weird” if they did. The indigenous people of Norway, called Sami, also say the same thing. We once had a Sami buy a moose from us, and he wanted one shot on the new moon. We have taken this into consideration in many ways. When we slaughter our pigs every year, we always call the mobile slaughter to come to the farm on the new moon.

This weekend is a new full moon! Its calling to me – enticing me to go outside, to cross-country ski and bathe in moonlight! :D 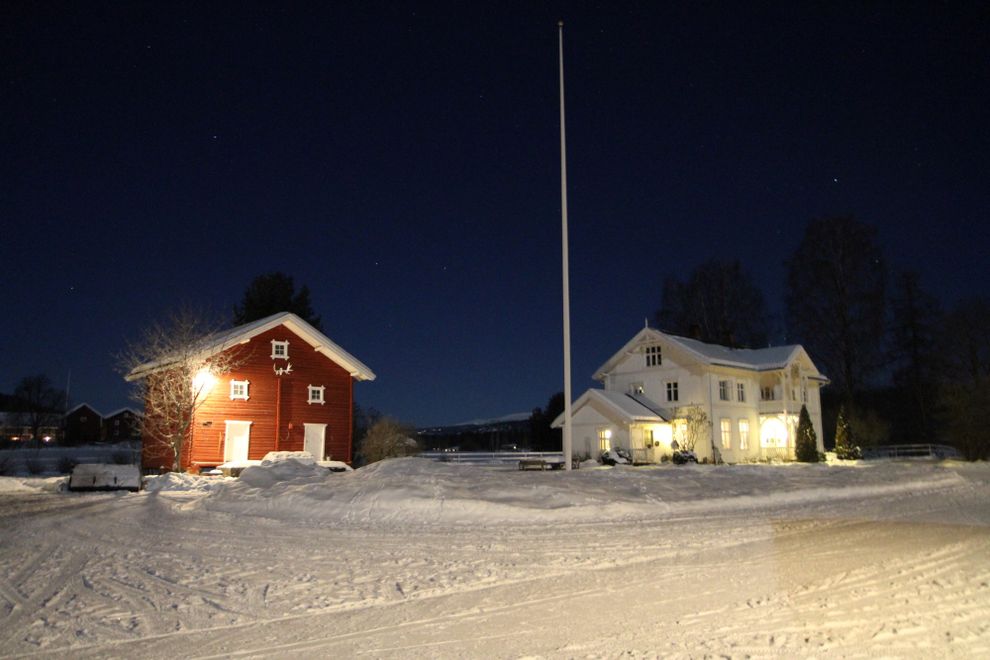 We are so fortunate to have a local sports club that owns a track-laying machine for cross-country. They drive it across all the fields in the whole valley for us to have kilometer after kilometer of perfect slopes just outside our door. Cross-country skiing is some of the best exercise you can do (together with swimming) because it activates the whole body. The National Institute of Health in Norway says that if you use as little as 30 minutes per day exercising (to the point where you do break a little sweat), you will have HUGE health benefits. 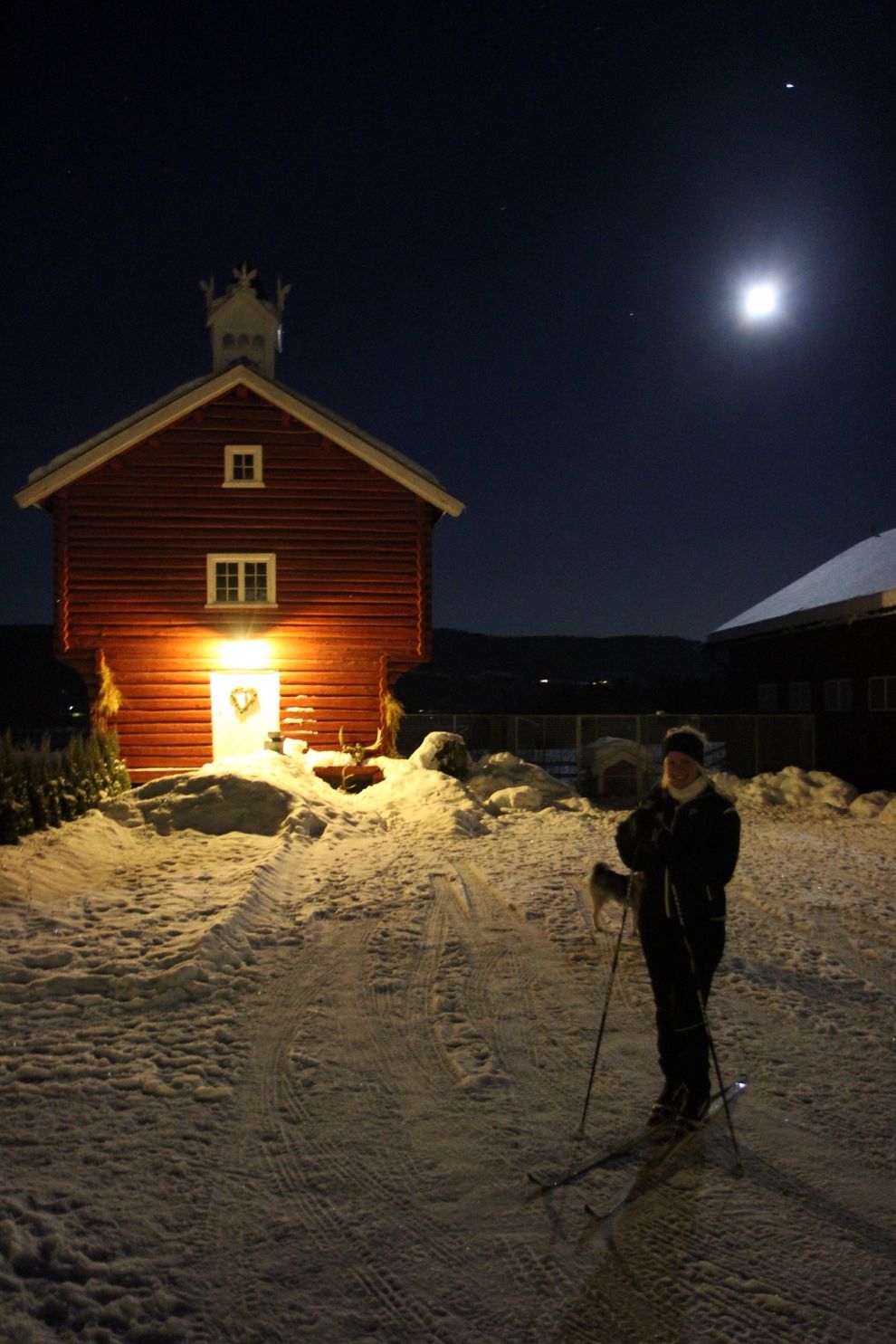 White snow, crisp air, topped with the daytime-feel from the full moon… With the winter perfectly beautiful like this, you just have to go outside to soak it in! Whether you go on foot or on skis, it’s truly amazing. Kristoffer took these first pictures of me with my good camera before leaving– LOOK HOW LIGTH IT IS!!!  And 9 at night!!! You can even see the stars of Orion clearly over the barn in the one picture. The last pictures are taken while I walked with my iPhone, and yet it’s still so light! 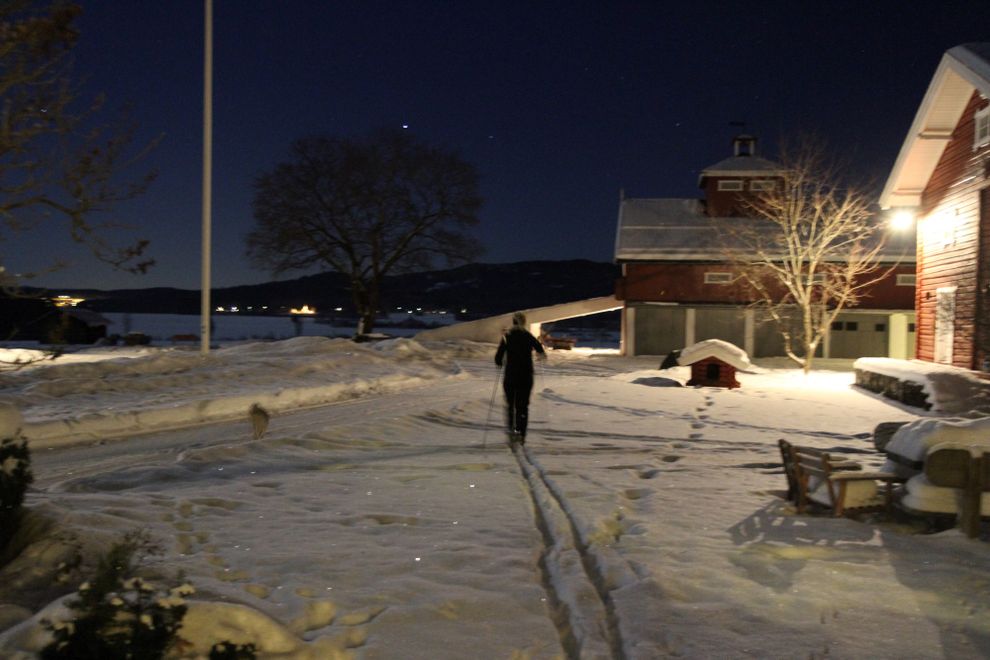 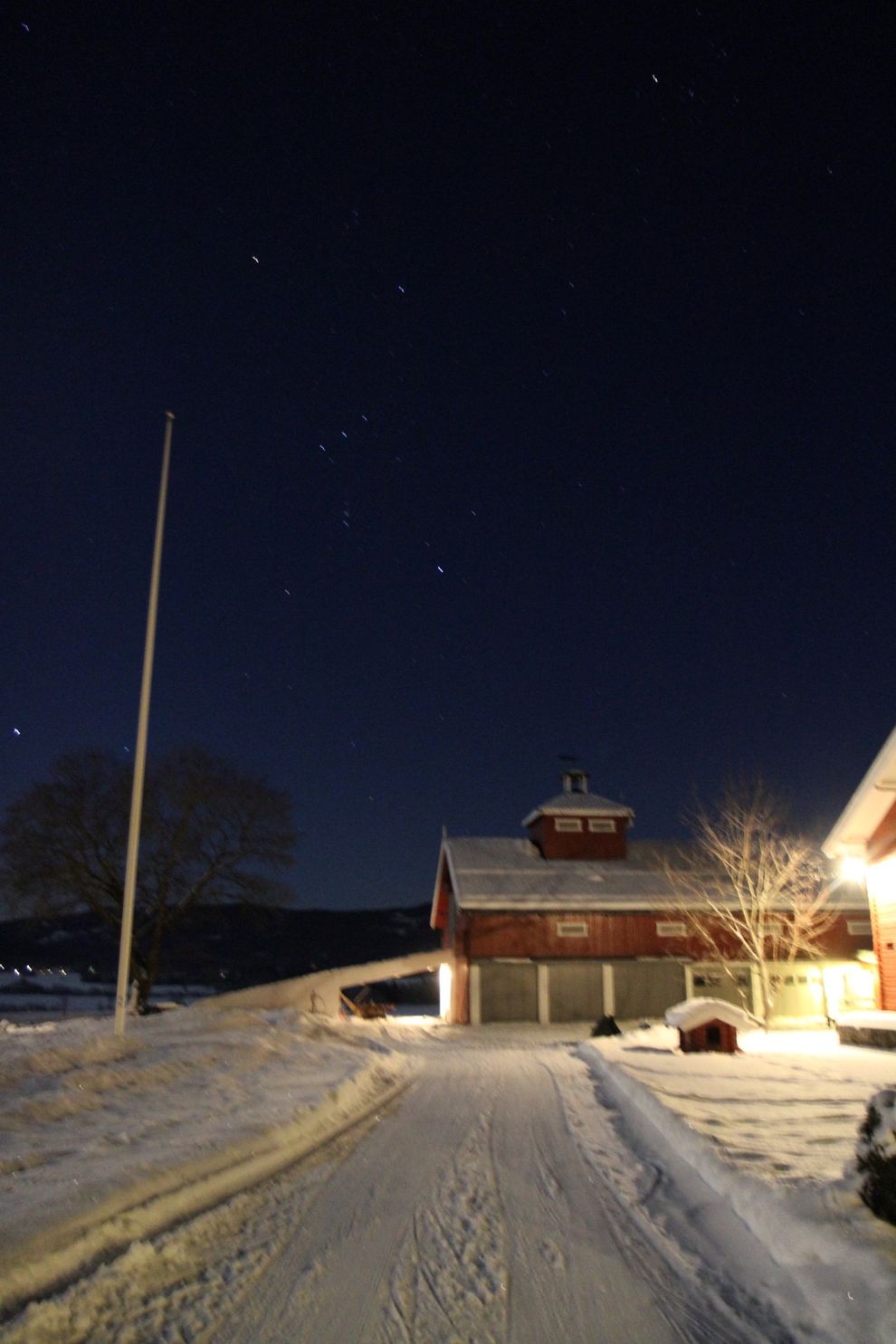 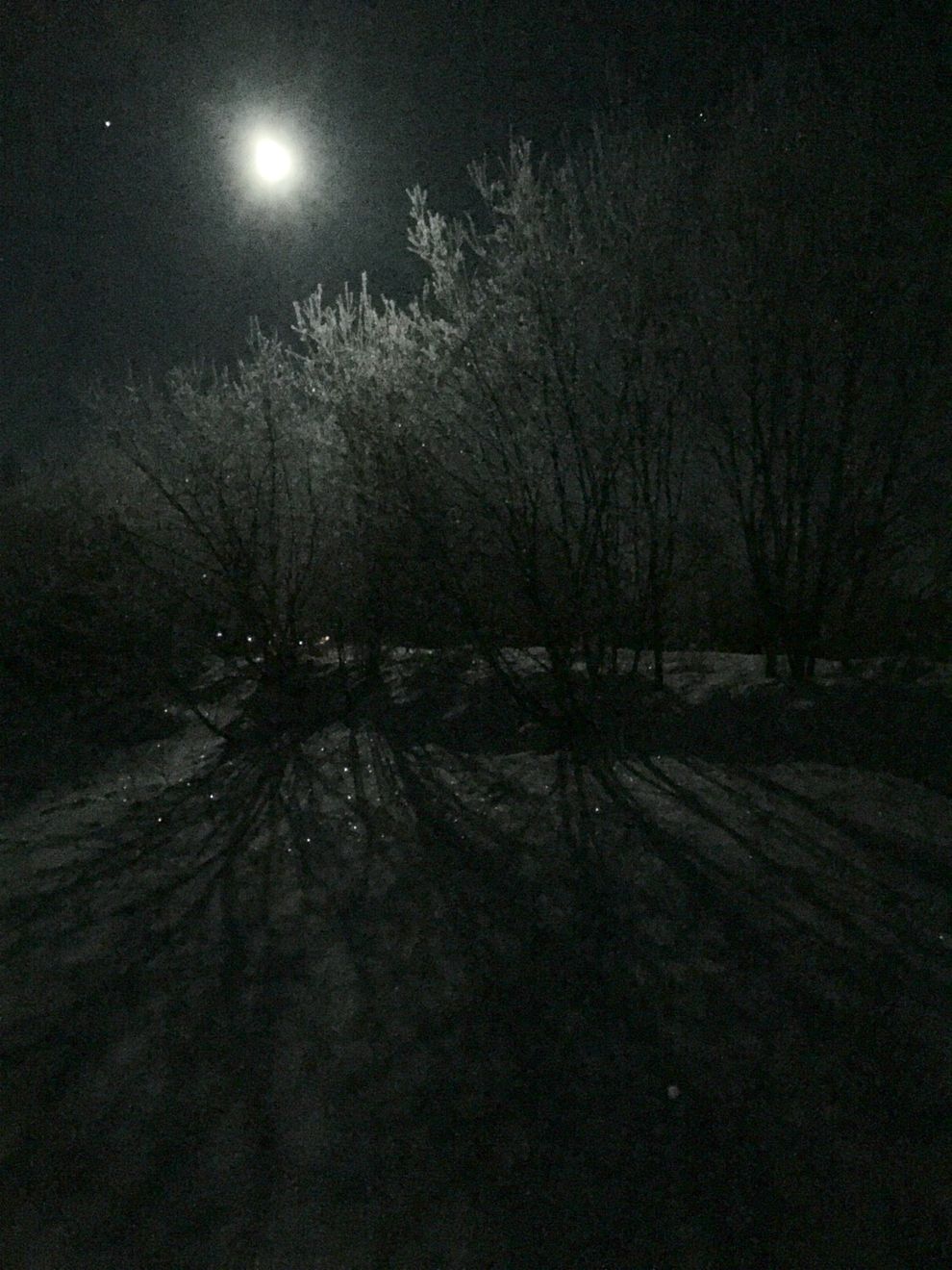 Just LOOK at those glittery snow crystals... Isn’t it amazing? Look how the moonlight penetrates through the little tree! I think more people should look outside their door and notice the little things that make daily life magical. It's so enriching and therapeutic, I think. And it's for free! Thanks, nature! 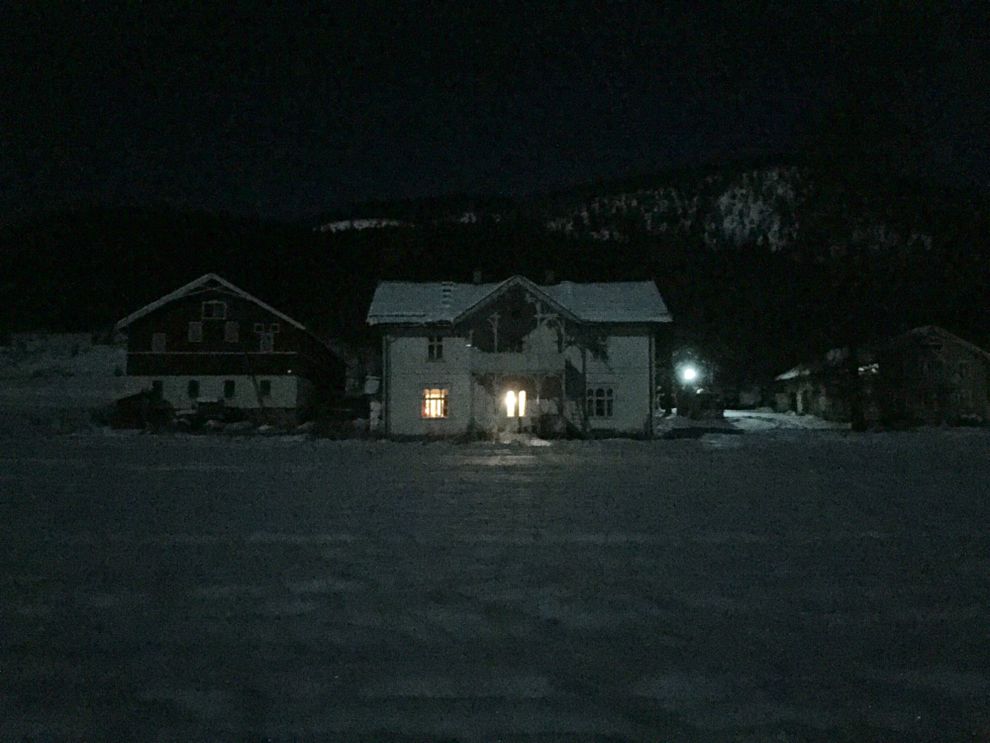 A neighbor farm in the moonlight. 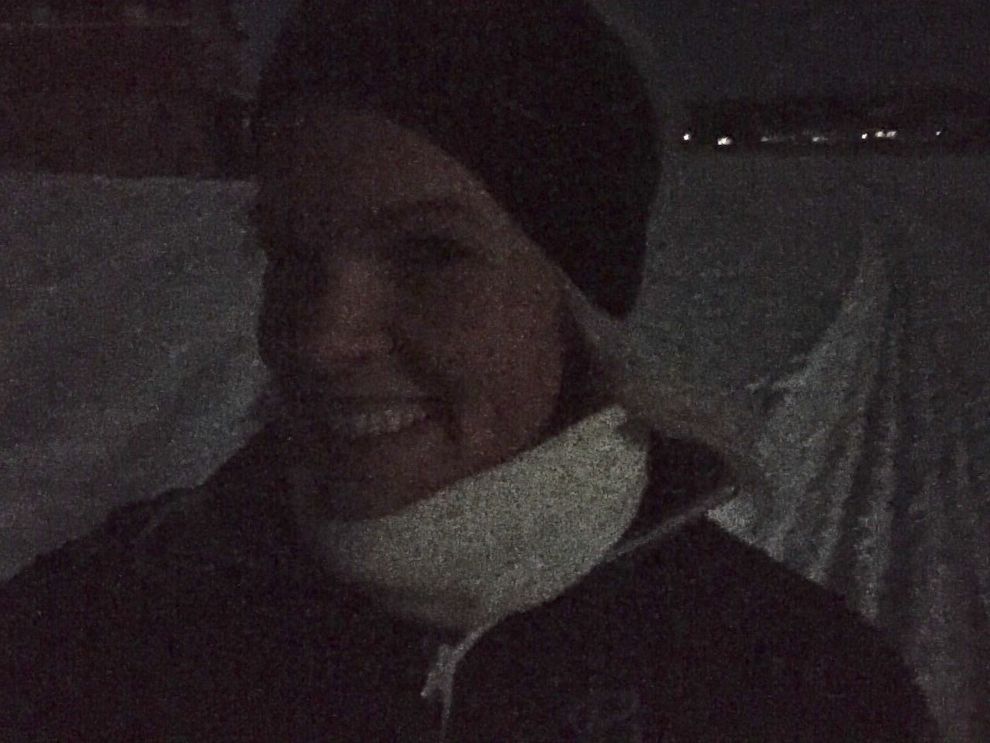 Would this be a moonfie? ;) 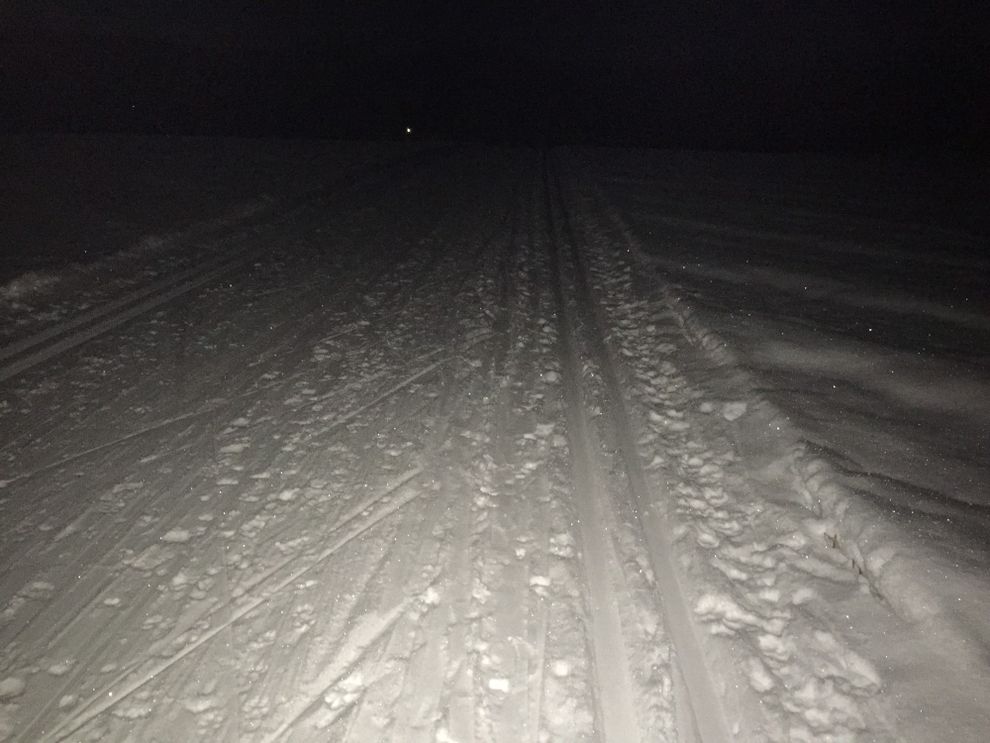 Even though the fullmoon was yesterday, it will still be lighter and look full for a few days! Get out there! And let me know how it was! :* 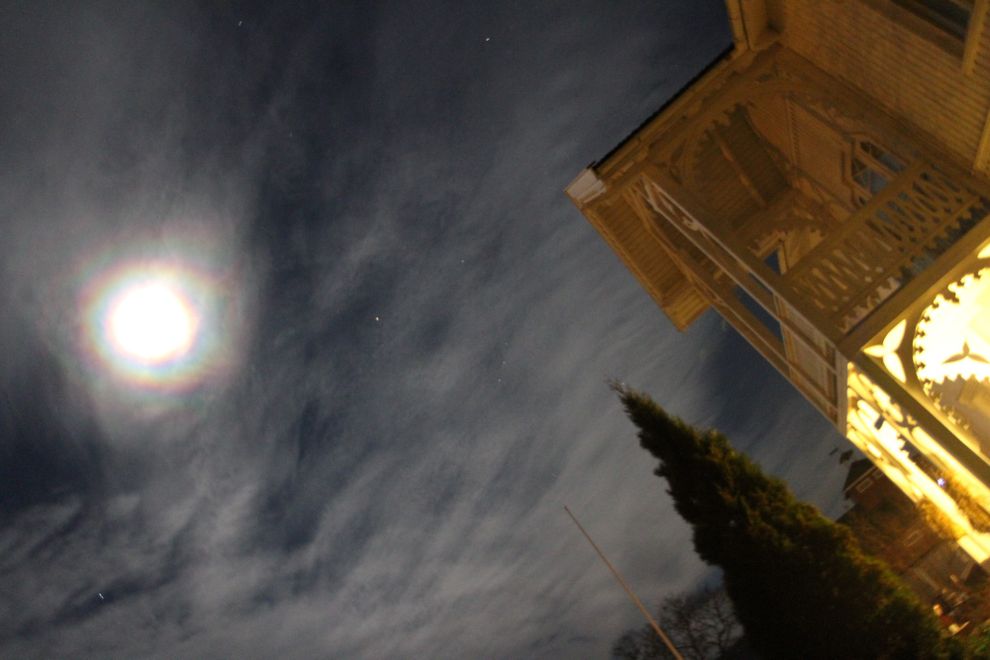 Ps. I took the frontside picture in this post and this one before New years. There's seriously a “rainbow” around the moon!! Have you ever seen that before!? I have seen a mild verson of it, but never like that. And I was able to catch it on camera. Super thrilled about that. Wow, so magical!